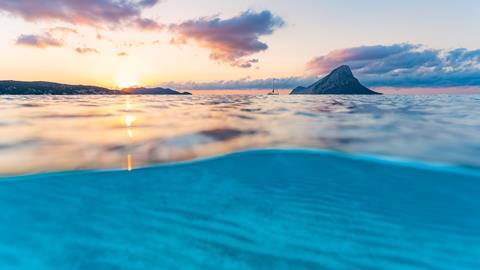 A previously unknown biological pathway allows a widespread type of oceanic archaeon to release both oxygen and nitrogen in the dark – the first time such a phenomenon has been seen in nature in an anoxic environment. The process, whose details are not yet fully understood, could transform scientists’ understanding of the cycle of key nutrients in oceans.

Ammonia-oxidising archaea are among the most abundant microbes in the world’s oceans. They obtain energy by using oxygen to oxidise ammonia to nitrite. However, they have been found in ecosystems with no detectable oxygen. ‘Are they settling out from the overlying water column or is there some small or periodic introduction of oxygen that we just don’t see?’ asks Donald Canfield of the University of Southern Denmark. ‘Those are the kinds of explanations that people would typically use.’

Canfield and colleagues led by Beate Kraft studied this problem, attempting to ascertain how one specific species called Nitrosopumilus maritimus might respond to changes in oxygen levels as a result of global warming, for example. ‘Beate found the organism would draw oxygen down to near zero and then the oxygen would increase again and that was really, really weird,’ says Canfield.

Illustration of the role of ammonia-oxidising archaea (AOA) and nitrite-oxidising bacteria (Nob) in the marine nitrogen cycle inside oxygen minimum zones. Nitrification occurs below the zone where sunlight can penetrate the oceanic water column. But thus far, it was believed not to be possible in anoxic zones

After three years of further experiments, the researchers established that the archaea were indeed producing their own oxygen. This has only been found previously in NC10 bacteria, which break up nitric oxide into nitrogen and oxygen and use the oxygen to oxidise methane. However, the NC10 bacteria are not known to release oxygen. Moreover, measurements of the onset of the oxygen and nitrogen production, as well as isotopic labelling experiments, indicated that Nitrosopumilus maritimus produces nitrogen and oxygen through a different pathway to NC10. The researchers suggest that this may involve nitrous oxide as an intermediate. ‘I feel we made a good case for it, but it still needs to be demonstrated in a more rigorous way,’ says Canfield.

The researchers are now studying whether or not other ammonia-oxidising archaea can also perform the same trick to grow under continuously anoxic conditions. If so, it could transform the scientific community’s understanding of ocean fertility in a warming climate. ‘If we have more ocean deoxygenation, will we have more N2 loss?’ asks Canfield.

‘This is definitely a major step,’ says microbiologist Willm Martens-Habbena of the University of Florida. ‘If this archaeal activity was present in these oxygen minimum zones, then scientists would not have been able to detect it, because nobody would have known what pattern to look for in isotopic labeling experiments,’ he says. ‘If this process is significant then new tools need to be developed to tell apart what is canonical denitrification, what is anaerobic ammonia oxidation and what is this archaeal metabolism contributing to nitrogen loss in oxygen minimum zones.’