Latest figures show that production for the first seven months of this year will be down 2.4% on the same time last year 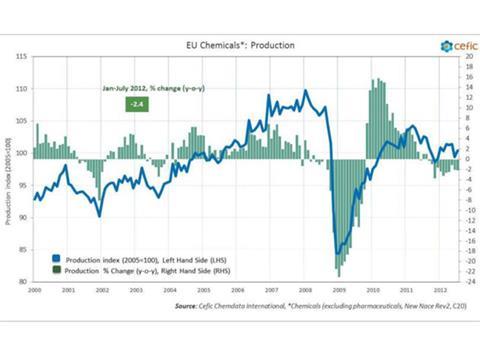 The road to recovery is still some way off

The European Chemical Industry Council (Cefic), which put together the latest figures, said that the cost of chemicals in the EU has continued to rise. Prices are now 3% higher than the same seven months last year. Cefic’s Chemicals Trends Report also predicts that 2012 will be another annus horribilis for the EU chemical industry, with production on course to be 5.9% lower than its peak back in 2007.