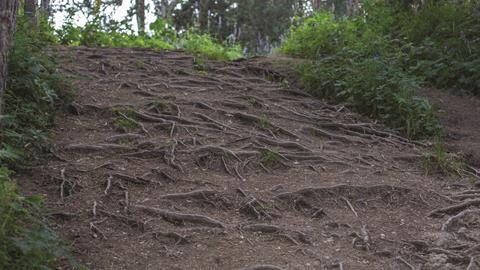 Soils are soaking up carbon far more slowly than models assume and this could affect climate predictions, according to a new study that examined radiocarbon in the planet’s soils. As a result the climate could be more sensitive to rising carbon dioxide levels than previously thought and more warming could be experienced than previously expected.

Soils are the Earth’s largest land reservoir of carbon, containing the decomposed remains of dead plants and animals. Carbon dioxide is vital for photosynthesis, so it is generally assumed that in a world with more carbon dioxide plants will grow faster and when they die more carbon will locked away in soil. A crucial question, however, is how quickly soils can respond to long term changes in atmospheric carbon dioxide. Climate models today use soil models based principally on laboratory studies, but terrestrial ecosystem scientist Yujie He of the University of California, Irvine, US, says these neglect some mechanisms that may prevent the carbon content of soil increasing rapidly. ‘Minerals in the soil bond very tightly to the organic compounds so that organic matter is harder to decompose in the soil,’ she explains.

He and colleagues looked at the carbon uptake rate predicted by leading climate models and calculated what the average age of soil carbon should be if each model was correct. They then looked at 157 soil samples from all over the globe and measured how old the carbon actually was. Carbon that has entered the soil more recently contains a higher proportion of carbon-14 – first because carbon-14 undergoes radioactive decay over time and secondly because nuclear weapon testing has dramatically increased the proportion in the modern atmosphere.

The average age of soil carbon calculated from models was about 430 years, whereas in actuality it was, on average, around 3100 years old. The researchers adjusted the climate models to bring the soil ages into line with their results. They found that, on average, the net carbon taken up by soils by 2100 dropped about 40%. ‘It’s hard to say directly what the future temperature will be,’ says He. ‘But the message from this study is that the sink from the soil, given current fossil fuel emissions, will be smaller than we thought before.’

Soil biogeochemists William Schlesinger of the Cary Institute of Ecosystem Studies in New York, US, and Michael Schmidt of the University of Zurich, Switzerland, are both impressed, although neither is surprised. ‘So many almost outlandish things have been said about the uptake of carbon by soils as perhaps solving the climate change problem for us, and I think this paper brings some reality,’ says Schlesinger. Schmidt agrees: ‘This paper translates for the modelling people the knowledge that has been in the soil biogeochemistry group for a while now.’ He adds that the mechanisms preventing soil from responding more rapidly to atmospheric changes are still poorly understood, and should be the subject of further work: ‘If we know them, maybe we can manage them and make the soil store more carbon,’ he says.