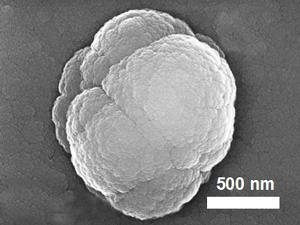 Nasa has created star dust down here on Earth. The dust was produced in a lab by simulating the conditions found in the atmosphere of a red giant star.

Interstellar dust is normally produced by dying stars that eject this material into the space between stars. Eventually, after millions of years, this dust can coalesce to form planets. The cosmic simulation chamber (COSmIC) at Nasa’s Ames Research Center in the US can reproduce the harsh conditions found at the boundary of a star where temperatures fall to –173°C, particles are bathed in high intensity radiation and the vacuum of space prevails. Into this inhospitable environment the scientists fed a stream of argon seeded with the basic hydrocarbon ethyne. The COSmIC experiments produced particles just 10nm wide and grains ranging from 100 to 500nm in size, as well as aggregates 1.5µm in diameter. The researchers say that the work will help them to understand the kind of dust around stars and, in turn, how planets form from them.