Stepping towards diversity in industry

Companies are re-affirming their commitment to inclusivity, even as the US government obstructs education efforts

At a time when calls for racial equality and inclusion from the Black Lives Matter movement in the US are reverberating worldwide, major pharmaceutical companies are stepping up efforts to increase the diversity of their workforce, supply chains, executive leadership and boards of directors. 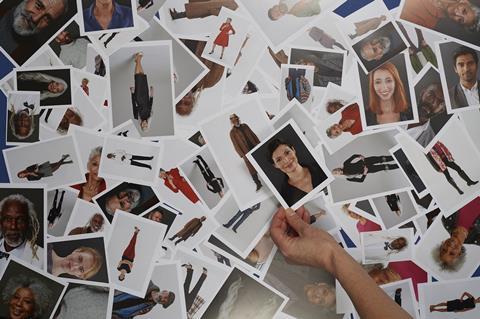 In August, for example, US firm Bristol Myers Squibb (BMS) committed to investing $300 million (£229 million) in efforts to address health disparities experienced by minority populations, increase the company’s clinical trial diversity, boost its support of diverse suppliers, and continue to increase African American and Latinx representation at all levels of the company.

By 2022, BMS aims to achieve gender parity at the executive level globally. It will also double executive representation of Black and African American, as well as Hispanic and Latinx employees in the US. More broadly, the company has pledged to spend $1 billion globally with Black- and other diverse-owned suppliers by 2025.

Systemic racism is as real as any disease. Our industry is not immune

To reach its diversity goals, BMS is adapting its recruitment process, among other things. The company will require ‘diverse interview panels’ for all executive roles in the US, and will work with women- and minority-owned recruitment firms that specialise in diverse executive talent. BMS says that it is ‘aggressively’ managing succession plans, and implementing mentoring, sponsorship and development programmes to increase the diversity and readiness of employees seeking executive positions.

Similarly, US-based Merck & Co recently committed an additional $10 million to address disparities highlighted as a result of the Covid-19 pandemic. In addition, Merck reports spending more than $2 billion with diverse suppliers in 2019, defined as those inclusive of women, disabled people and military veterans.

The company, which says it works with 15,000 such diverse suppliers globally, is also a member of the Billion Dollar Roundtable, a group that recognises firms that spend at least $1 billion annually with minority- and women-owned suppliers.

Currently, three of Merck’s 10 executive leaders are African American, including chief executive Kenneth Frazier – the first African American man to lead a major pharmaceutical company. A further two of the company’s 12 board members (excluding Frazier) are African American (16%), and six are women. Merck’s latest data from 2019­–2020 indicate that 25% of its board, 26% of its executives and 29% of its overall workforce come from underrepresented ethnic groups, while 49% of its overall workforce and 50% of new hires were women.

Different companies are at different stages in their efforts to embrace diversity. A survey by the Biotechnology Innovation Organization (BIO) – which represents biotechnology firms, research universities, state biotechnology centres and related associations – confirms that diversity is lacking at the top management levels within its sector.

On average, 45% of all US employees at responding companies are women, but only 30% of the executive-level workforce, 18% of board members and 16% of chief executives. In addition, 20% of responding organisations had no women at executive level, and 32% had none on the board.

The situation appears even grimmer when it comes to minority populations’ representation. On average, 32% of all employees at responding companies are ‘people of colour’ – including Black, Latinx, Asian and Native American. However, they comprise only 15% of executive teams, 14% of board members and 12% of chief executives. 56% of responding organisations had no people of colour at executive level, and 64% had none on their boards.

But while the biopharma industry is increasingly welcoming diversity, US president Donald Trump’s administration is moving in the other direction. In September, Trump issued an executive order prohibiting federal contractors and grantees from teaching what it calls ‘divisive concepts’ like white privilege, unconscious bias, and systemic racism in their diversity and inclusion training efforts.

Stephen Ubl, president of the trade body Pharmaceutical Research and Manufacturers of America (PhRMA) criticised the presidential directive, arguing that diversity is ‘essential to a robust innovation ecosystem’ that generates new medicines. In August, PhRMA had issued an ‘open letter on equity’, declaring that ‘Systemic racism is as real as any disease. Our industry is not immune,’ and calling on its members to actively stand up to racism and injustice.

Nevertheless, as it stands, the White House has effectively halted all diversity training efforts at federal agencies while it reviews their programmes and works to implement the new policy.

The issue will likely be a moot point should Trump lose his bid for re-election to Democratic rival Joe Biden on 3 November. If elected, Biden would be expected to rescind the executive order, given he has criticised Trump for attacking diversity training and emphasised that racial insensitivity is a real problem that needs to be addressed in all workplaces.

‘We are holding ourselves accountable to advancing inclusion and diversity, and are measuring our progress against the goals laid out in our corporate responsibility commitments, which include [getting to] 50% women in our global workforce,’ says corporate communications leader Alvenia Scarborough.

Women currently make up 22% of Chemours’ global workforce, Scarborough tells Chemistry World. She describes this figure as ‘solid for the chemicals industry’, and says the company is making good progress but still has a way to go. Chemours’ goal for ethnic minority representation among its US workforce is 20%, and Scarborough notes that the current figure is very close at 19%.