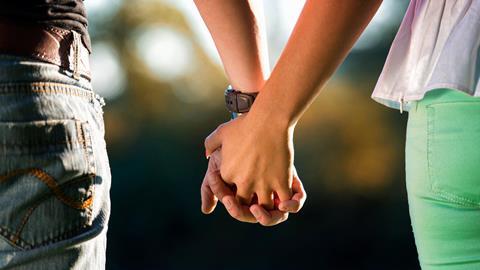 Scientists are still searching for the first human chemical attractant

The theory that humans emit pheromones like other mammals has been challenged. Current understanding of pheromones – chemicals secreted from glands to attract individuals of the same species – has been mostly derived from work in non-human animals, and work by a team from the University of Western Australia concluded that two key candidate human pheromones have no effect whatsoever.

The researchers considered a couple of the chemicals most commonly thought to act as pheromones in humans – androstadienone and estratetraenol – and found no evidence that they are pheromones. The team tested a mixed sex group of 94 heterosexual Caucasians to determine whether androstadienone or estratetraenol had an impact on their behaviour. The two chemicals have been recently reported to signal male and female gender, respectively.

The double-blind study showed that exposure to both chemicals had no influence on the study subjects’ perception of gender, or perception of attractiveness and unfaithfulness.

The study participants completed two computer-based tasks twice, on two consecutive days, exposed to a control scent on one day and to either androstadienone or estratetraenol on the other. First, the participants indicated the gender of five gender-neutral facial morphs. Second, they rated photographs of opposite-sex faces for attractiveness and whether the person in the image would be an unfaithful partner.

The team explained that their results are consistent with previous experimental studies and reviews that suggest androstadienone and estratetraenol are unlikely to be human pheromones. The double-blind nature of the current study also lends ‘increased support’ to this conclusion.

The researchers said that the most plausible explanation for their results is that these two chemicals are not sex pheromones. They suggest that estratetraenol may not actively signal femaleness, but rather other information like prior mating and pregnancy, or that it may be a simple metabolic by-product with no signalling function. ‘I think there probably are reproductive pheromones, but androstadienone and estratetraenol are unlikely to be the active compounds,’ Leigh Simmons, the lead researcher tells Chemistry World.

Other experts agree. George Preti, an analytical organic chemist at the Monell Chemical Senses Center in Philadelphia, says there is no evidence that putative pheromones are physiologically active. ‘This doesn’t surprise me at all that the researchers found they didn’t work,’ he says. ‘They have never been isolated in the proper manner from things like underarm secretions.’

Tristram Wyatt, a researcher in the University of Oxford’s zoology department, says: ‘What we have here are carefully done experiments which show no effects that might be expected from the molecules that have been claimed – in my view in error – to be human pheromones.’ Preti recalls that androstadienone and estratetraenol are two putative pheromones that ‘magically appeared’ in the early 1990s and have been sold as human pheromones.

Since androstadienone and estratetraenol came on the pheromone scene, Wyatt says there has been an ‘echo chamber’ of positive results for these molecules but never any negative results. He reiterates that the chemicals that are currently claimed to be putative human pheromones simply have no evidence supporting those claims. ‘That is not to say that humans have no pheromones but these remain to be found,’ Wyatt adds.