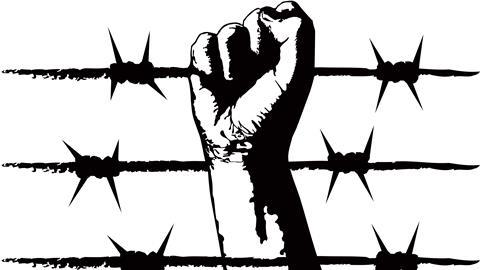 Attacks on academics and students are occurring with such alarming frequency and in so many places around the world that it is now a ‘global crisis’, according to a new report by the US charity Scholars at Risk (SAR).

‘What has become increasingly clear this year is an anti-democratic fear of universities as spaces in which everyone is free to think, question and share ideas,’ comments Robert Quinn, SAR’s executive director. Under authoritarian regimes and in areas of conflict, higher education communities are often a focal point for violence and coercion. The common motivation is to control or silence inquiry and discourse.

It is a human rights crisis, since it represents an attack on the fundamental right to freedom of opinion and expression

Quinn wants the report to serve ‘as a clarion call’ for action. He urges states, leaders and civil society to recognise publicly that this is a problem and to reaffirm their commitment to academic freedom and the principle that everyone should be free to think, question and share ideas.

SAR’s report Free to Think 2017 summarises a year of data collected by SAR’s monitoring project; it includes 257 reported attacks in 35 countries. ‘Attacks’ include killings, violence and disappearances; wrongful prosecution and imprisonment; loss of position and expulsion from study; improper travel restrictions; and other severe or systemic issues including, for example, university closures or military occupation of a campus.

There is a growing trend that, in societies experiencing armed conflict or extremism, higher education communities are perceived as symbols of state authority or sources of potential opposition to radical ideologies. Attacks are generally intended to punish or deter inquiry, or even expression, on unpopular topics. During the past year, SAR found evidence of large-scale violent attacks on campuses in Pakistan, Nigeria and Syria, while targeted killings of individuals were reported in Pakistan, Nigeria and Sierra Leone.

Thousands of people in the higher education sector have been targeted in Turkey where state and university authorities continue to take sweeping measures in retaliation for alleged political links or content of research, publications or teaching. Punitive actions by the Turkish state have included imprisonment and prosecution; dismissal and expulsion of scholars and students; and restrictions on travel and institutional autonomy.

Incidents of violence against organised student expression were reported in increasing numbers this year. In Venezuela, South Africa, Niger, Cameroon, Turkey and India, state authorities responded to nonviolent student protests with force, including with rubber bullets, tear gas and stun grenades. In some cases, however, students engaged in violent or coercive conduct, including incidents in South Africa, where campus facilities were damaged, and in the US, where physical force was used to intimidate and disrupt certain speakers on campus.

There have been many reports of widespread restrictions on academics’ travel. Over the past year, for example, Turkey has issued decrees stripping thousands of scholars of their passports. As the decrees led to the academics being fired and banned them from working at state institutions in Turkey, removing their passports also means they can’t continue their work, at home or abroad.

The report also highlights administrative actions in central and eastern Europe over the last year, which have threatened the autonomy of universities, including the Levada Center in Russia, the European University in St Petersburg, and the Central European University in Hungary. SAR believes the aim is to punish researchers or institutions for their affiliations, or content of research and teaching.

‘Unfortunately, governments targeting their own academics and academic institutions is not a new phenomenon, but it is cause for grave concern,’ says Martin Chalfie, 2008 chemistry Nobel laureate and chair of the Committee on Human Rights (CHR), run by the US National Academies. ‘Wherever this occurs, whether in Turkey, Venezuela or elsewhere, it is indeed a human rights crisis, since it represents an attack on the fundamental right to freedom of opinion and expression.’

Patricia Evers, senior programme officer for the CHR, confirms that the situations in Turkey and Venezuela are particularly troubling. Following widespread acts of destruction and looting of research institutions in Venezuela, including the Palacio de las Academias that houses Venezuela’s six national academies, university campuses are regularly under threat. In many cases, security forces and armed civilians have invaded campuses and responded to peaceful protests with force. Scholars are regularly harassed and detained.

The American Chemical Society (ACS) is also following the situation in Turkey with concern. It noticed significant changes in attendance at its national meetings. For example, seven Turkish scientists due to present at the ACS meeting in August 2016 withdrew. ‘The failed coup in Turkey in July 2016 brought to reality the vulnerability of our academic community to political unrest,’ says ACS director-at-large Dorothy Phillips. The ACS will ‘monitor and respond, if possible’ to the needs of practitioners in the chemistry and chemical engineering faculties whose rights are being violated, she adds.