Swiss immigration compromise puts EU science back on the menu 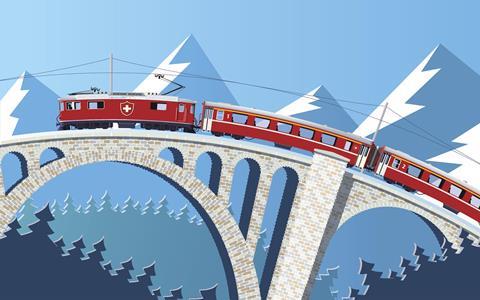 Swiss researchers have regained full access to the EU’s Horizon 2020 programme. The reentry follows the Swiss government’s decision to extend free movement to Croatian citizens – the newest member of the EU. This was made possible after its parliament passed a law on immigration and jobs on 16 December.

A February 2014 referendum vote to curb immigration pushed the Swiss research community into choppy waters. It was unclear if the vote meant they would block immigration from Croatia, and the EU warned doing so would mean Switzerland would be excluded from the €79 billion (£67 billion) Horizon 2020 research and innovation programme. Subsequent negotiations saw Switzerland enter a tailor-made agreement giving partial access, but this was set to expire at the end of this year.

The Swiss government last week introduced a watered-down version of the 2014 anti-immigration initiative that requires employers to interview candidates registered at a local regional employment office. There will be no quotas or restrictions on the movement of people from Croatia or other countries. This was deemed compatible with the agreement on free movement between Switzerland and the EU.

‘Swiss researchers and organisations will now be able to fully participate in Horizon 2020 [on equal terms with other EU member states],’ a European commission spokesperson said. Switzerland had been relegated from associate country to a third country for two of three Horizon 2020 programme pillars. This hit Swiss participation in projects.

‘For group proposals, the participation of Swiss groups in successful projects fell by a factor of two. And the ability of Swiss groups to coordinate them fell by a factor of 12,’ says biochemist Michael Hengartner, president of the University of Zurich and president of Swiss Universities. ‘This was partly due to the uncertainty and partly because third country status makes it difficult to take the lead.’

The February 2014 referendum demanded that Switzerland fix limits on the number of migrants and also that it not enter new international agreements that would impede such quotas. Enacting the referendum decision had to be delayed to pass a new law.

The uncertainty over Horizon 2020 participation weighed on Swiss universities in terms of recruiting early career researchers. ‘People didn’t come to Switzerland or left because of the uncertainty, which did a fair amount of damage, particularly as regards young researchers,’ says Hengartner. ‘We hope this damage is temporary and in a few years this will be simply a bad memory.’ He expects increased submissions for Horizon 2020 funding in the next six to 12 months from Swiss scientists.

Asked about lessons the UK could learn for the impending Brexit negotiations, Hengartner says: ‘Don’t expect any miracles. Be ready to compromise and look for win-wins.’ The temporary agreement came into place after the Swiss ensured that Croatian citizens would not be discriminated against, he notes. ‘Don’t expect the EU to fundamentally change its view on the four freedoms.’

The Swiss political party which supported the referendum accused the Swiss parliament of ignoring the referendum result. However, most researchers are satisfied. ‘We are extremely grateful and relieved that our politicians found a way to implement this initiative,’ says Hengartner. ‘We had been left in limbo for three years, with nobody sure how this would be implemented.’