US researchers have developed a new urine test for detecting and quantifying some of the metabolites associated with synthetic cannabis. The test could help authorities better control these banned designer drugs, and assist in public health monitoring programs and clinical testing.

In 2009, JWH compounds - so-called after their creator John W Huffman, who developed them for experimental purposes in 1995 - were found in herbal mixtures like ’Spice’ and ’K2’. Until recently, these mixtures were legally sold as incense, but smoked to achieve a cannabis-like high. Two of these synthetic cannabinoids in particular, JWH-018 and JWH-073, are widely used in herbal mixtures that reportedly offer highs stronger than marijuana. 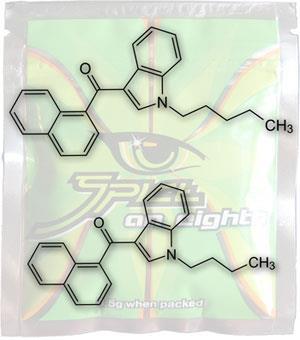 Owing to the unknown health risks of these substances, many countries have since banned them, including the UK. In March this year, the US imposed a temporary ban until the health risks are better understood. One area of investigation is to develop ways to detect the metabolites of the compounds in humans, which do not show up under conventional cannabis drug tests.

Now, Jeffery Moran at the University of Arkansas for Medical Sciences, with Arkansas state government bodies and Cayman Chemical Company, Ann Arbor, has developed a rapid method that can simultaneously quantify JWH-018 and JWH-073 metabolites in excreted urine.

There are other recently developed tests, however, including services offered by Redwood Toxicology Laboratory. But Moran points out that these are not publicly available, whereas the new test is, making it easier for other labs to adopt. ’This is important for laboratories and other clients that may have a limited budget and can’t afford contract services through the private sector,’ say Moran.

The test uses standard liquid chromatography-tandem mass spectrometry (LC-MS/MS) techniques to separate, analyse and identify the metabolites in urine samples. ’Comparisons with our authentic standards provides us with added confidence that we are detecting and quantifying the correct metabolites,’ Moran adds.

’The emergence, and sometimes rapid uptake of new synthetic drugs creates challenges for public health, clinical services, law enforcement policy and of course practical problems for those whose concern is safety,’ says Steve Allsop, director of the National Drug Research Institute at Curtin University in Perth, Australia. He suggests that the new test could help overcome these challenges, but cautions that: ’the work appears to be based on self-reported use of a small number of participants, which imposes limitations.’

The test could also help authorities keep up with the development of new synthetic cannabinoids. ’Now that we have enacted legislation to control these substances we have detected a host of other cannabinoids and cathinone derivatives. We are in the process of adapting our analytical procedures to detect and measure these new substances that cause harm to citizens,’ says Moran