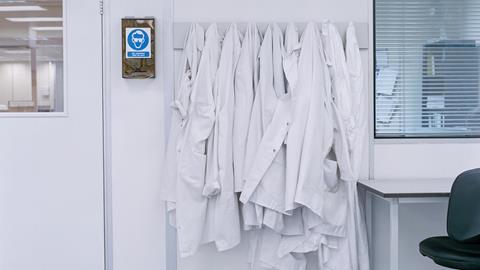 Taking the lead on safety

Ten years ago Sheri Sangji died in a tragic lab accident. Ten years ago a young life was unnecessarily lost in horrifying circumstances. For those unaware of the case, the research assistant was working with a pyrophoric liquid at a University of California, Los Angeles, US, lab. Something went wrong during the routine transfer of the reagent and she was sprayed with the liquid, which then ignited. She was rushed to hospital for treatment for second and third degree burns over almost half of her body, but died 18 days later. Both UCLA and Sangji’s supervisor Patrick Harran were found to be at fault for failing to provide adequate training and personal protective equipment (PPE). The institute was fined around $132,000 (£100,000) in all.

A sombre anniversary such as this is a reminder that everyone who works in a lab is responsible for their safety and that of others. Having worked in a number of labs, safety wasn’t always as highly valued as it ought to be. There’s often a certain amount of joking and bravado in labs that now strikes me as unwise. One former head of chemistry told me he’d have to delay an interview as a PhD student had just had an accident that was going to give him a scar that he’d be able to ‘show off to the girls’. Another time I was told how close a lab I was working in had come to disaster when a reaction with an azide led to a substantial explosion. Fortunately, everyone had gone to lunch and they were able to laugh it off. They make for good stories and it’s human nature to enjoy tales of the dramatic.

But these sorts of tales are a symptom of a problem; a failure to take safety as seriously as we ought to. The results of a survey of students and group leaders at four top US universities presented at the spring American Chemical Society meeting are instructive. The researchers found that despite PPE being provided, half of respondents didn’t consistently wear it routinely. Near misses were rarely discussed at lab meetings. And only half of group leaders would talk to their department head about a colleague they thought was a danger in the lab. But I think the most important finding to come out of the survey was that leading by example matters. For team leaders that prioritise safety, almost all their students follow this example. For team leaders that don’t, only a third of their students took steps to make their work safer.

The results of this survey show that the answer to unsafe behaviour in the lab is in our hands. Senior members of the lab must set an example on safety. Younger, inexperienced members of the team see them as role models and will act accordingly. Who else should we expect them to learn from if not their peers?