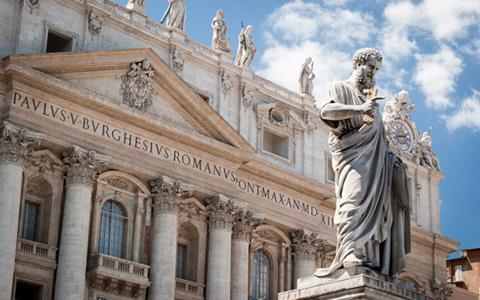 A tattoo removal company in the UK is helping to solve a papal problem by donating one of its lasers to clean sculptures in the Vatican.

The infrared laser removes unwanted particles and dirt from the statues in much the same way as ink can be removed from skin. ‘In simple terms, the dirt layers tend to absorb very strongly at the wavelength being used; the underlying material tends to absorb relatively weakly at the same wavelength,’ says Martin Cooper, a consultant at the company Lynton Lasers. As a result, the laser will only heat up and remove particles from the dirty parts of the surface.

Though Lynton’s primary business remains tattoo removal, the lasers have also been put to work in places such as the British Museum and the Victoria and Albert Museum in the UK, and Harvard University Art Museum in the US.