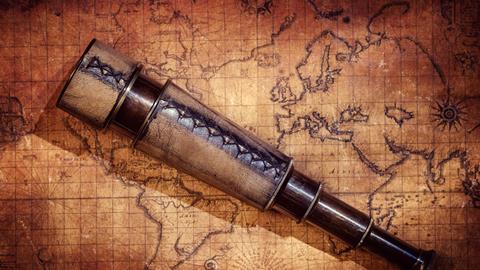 Scientists have adapted a technique more commonly used for making crisps and mixing polymers so that it can perform complex multi-component organic reactions in a single step without the need for a solvent.

Fine chemicals such as drugs, food additives and fragrances are typically made through complex processes with many intricate reaction steps. These steps can be time-consuming and expensive, and often require solvents that are harmful to the environment. But mechanochemistry, where mechanical forces initiate chemical reactions, could side-step such problems.

Deborah Crawford and her team at Queen’s University Belfast, UK, have demonstrated that a mechanochemical technique called twin-screw extrusion can synthesise fine chemicals in a single, continuous process, without the need for any solvent or purification steps. Twin-screw extrusion is mostly used in the food sector to make cereals and crisps, and in polymer processing to mix and react polymers. It uses two screws positioned side-by-side, which rotate in parallel. After feeding in solid or semi-solid reactants, the intermeshing screws intimately grind and mix the materials together, forcing them through a constrained space. The rotating screws provide shear, and the constrained space provides compression. These combined forces cause a reaction to take place. 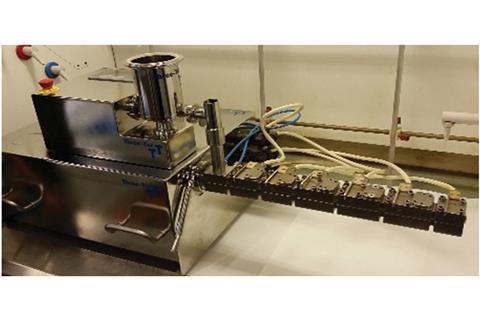 Crawford’s team arranged the screws in a line, like an extendible telescope. Lining up the screws and feeding in different reactants at different points meant the team could combine multiple steps where three or more starting materials react in one continuous process.

‘Reagents are added along the extruder barrel to carry out a second, third, fourth, etc, transformation on the starting substrate, and workups between each step aren’t required,’ explains Crawford. They started off by combining the Knoevenagel condensation and the Michael addition into one process, then applied it to the more complex Petasis reaction – used to make amines and amino acids – which has never been achieved before using mechanochemistry. ‘We demonstrated the ability to produce kilograms-per-hour quantities using this process in a regular lab. With a larger extruder, like those used in industry, materials could be synthesised in ton-per-hour quantities,’ Crawford adds.

Andrew Alexander, reader in chemical physics at the University of Edinburgh, UK, and associated academic at the Continuous Manufacturing and Crystallisation Future Manufacturing Research Hub, says that the scale-up potential is a huge advantage. ‘Multiple extruders running in parallel could easily match and outstrip batch processing, with all the advantages of control, safety and sustainability. But the main advantage is control of temperature – because a small amount of solid is being processed at one time, the temperature can be measured and controlled very closely, improving the consistency of the reaction conditions,’ he says. ‘Not only that, but if something goes wrong in a mill, you’ve lost your whole batch – with this process, you can stop and fix a problem and you’ve only lost a small fraction of your input materials.’