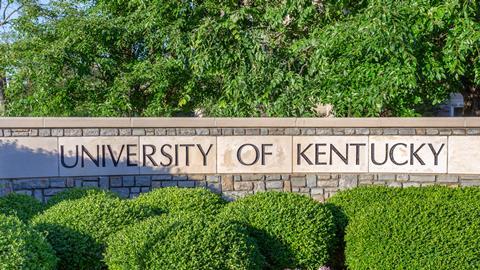 A tenured toxicologist and cancer biologist at the University of Kentucky who has worked at the institution for over a decade, and once served as an associate dean for research in the school’s College of Medicine, has stepped down amid research misconduct allegations that date back several years.

The resignation of Xianglin Shi, who studies metal toxicity and cancer, was effective 15 June – just a day before the university’s Board of Trustees was slated to vote on whether to strip him of tenure and fire him. His departure ends a saga that began in 2018 when the university’s research office was alerted about possible fraud in several papers which Shi was involved in. Shi denies any wrongdoing.

Later in 2018, three papers co-authored by Shi and his wife Zhuo Zhang – a professor in the school’s toxicology biology department – and published in the Journal of Biological Chemistry (JBC) between 2014 and 2017, were retracted due to multiple image duplications. Shi subsequently lost his title as a chair in cancer research and his associate dean role.

The university’s more than year-long internal investigation culminated in an August 2019 report, which concluded that Shi, Zhang and a staff research scientist were responsible for ‘significant research misconduct’ in a number of papers. The university announced that it would move to get the offending papers retracted and begin the process of firing Shi and Zhang if they did not resign. The staff research scientist, who worked in Zhang’s lab, had already been let go.

In 2019, the university’s investigating committee highlighted in its report several examples of falsified or fabricated data that were among numerous irregularities in seven grant proposals and at least 13 papers. The panel found ‘patterns of potential data inconsistencies’, as well as some examples of ‘an intentional effort to deceive’, as well as ‘careless and reckless handling’ of experimental data and figure construction for research grants and publications. Shi and Zhang’s labs were shut down in 2019, and they were denied access to the university’s equipment and campus.

‘This was not done lightly,’ says Jay Blanton, a spokesperson for the university. ‘A panel of experts took more than a year to review this – this very complex topic – to get to the bottom of it and be fair to the persons involved,’ he explains. Two separate faculty panels concurred with the report that there was wrongdoing.

Zhang ultimately resigned on 25 January 2021. Both Zhang and Shi continued to be paid until their resignation. The university’s payroll database indicates that Shi’s annual salary was more than $240,000 (£172,000) in 2021. ‘As far as the university is concerned, this matter is closed,’ Blanton says.

Shi, who was born in China and came to the US to earn a PhD in chemistry in 1985 and became a citizen in 1997, tells Chemistry World that he is completely innocent of the misconduct charges. He says he quit in advance of the Board of Trustee’s meeting because local media coverage indicated that the university had already made the decision to strip him of tenure and fire him.

Shi says that it appeared likely he would not have had an opportunity to present his side at the hearing. ‘I felt that I am not going to be given a chance to tell my story,’ he states. He is 64 years old and now plans to retire. As a foreign scientist who was also an associate dean, Shi suggests that he was the victim of ‘a lot of jealousy’ and discrimination.

Shi describes the university’s internal report as containing ‘a lot of nit-picking that they called falsification and fabrication’. The figures of concern in the retracted papers were all generated by a particular postdoc, Shi adds. ‘I don’t even know how to make figures,’ he says. Shi says he provided the university with letters from April and July 2019 from the postdoc in question in which he admits to generating the data and creating the figures in the three retracted JBC papers.

He emphasises that once he discovered that data in several publications may have been fabricated by the postdoc, he immediately contacted the journals and retracted the relevant papers.

Shi argues that there is no evidence that he or Zhang fabricated or falsified any data, or that they asked any lab staff to do so, and that there was no motive for them to manipulate the data as none of the issues identified change the interpretation of the figures, research grants or publications involved. Further, he contends that the committee reached its conclusions without having appropriate expertise in areas such as cell biology, metal carcinogenesis and microscopy.

Shi says that he also presented the university with letters from several experts in his field who reviewed the report and concluded that the errors identified in his papers were unintentional and do not constitute scientific misconduct. They acknowledged that he and Zhang might have been sloppy, but stated that they were negligent only in not checking the results with original raw data, which would have caught any discrepancies before publication.