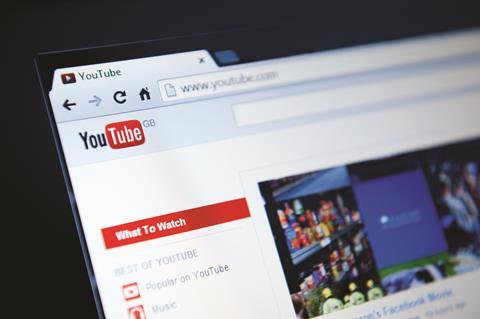 What do making chocolate cake and phenylacetic acid have in common? The answer, surprisingly enough, is that both are featured in chemistry videos that have been banned from YouTube. It seems that that the cake may have been just too chocolatey for the censors, but quite what they have against organic synthesis remains a mystery.

Joking aside, the owners of these videos have no idea why they were banned either. We now know of a number of chemistry channels, some containing hundreds of videos, that have been taken down. It seems that censors with an itchy banning finger have pulled them because they contravene the video sharing platform’s community guidelines in some way. Exactly how is unknown as YouTube doesn’t provide detailed reasoning when it removes a video. It seems that these videos have been swept up in the media giant’s response to pressure from a number of governments – including the UK’s – to clean up its act and take down objectionable and illegal content. Chemistry videos being purged from video sites may sound like a trivial matter, but it’s important: these videos are inspiring the next generation of chemists.

While we may have been inspired by school lab demonstrations when we were growing up, this generation of schoolkids is lucky enough to also have a vast repository of videos covering every imaginable topic. These cover everything from the barking dog (an exothermic reaction I imagine most schools would consider too risky to perform) to experiments explaining everyday processes. It’s not just for schoolchildren either: hobby chemists can be found performing sophisticated syntheses too. If you’re in any doubt about the value of these videos then I urge you to seek out the excellent RSC channel or the Periodic Table of Videos hosted by Martyn Poliakoff, a chemistry professor at the University of Nottingham, UK.

In the end, the banning of videos all comes back to chemistry’s image problem. As soon as anyone gets out some glass flasks and retorts, the uninformed jump to the conclusion that something illicit is being cooked up. This is what appears to have happened with these videos. If something needs to be kicked off a video sharing site then the media firms owe their viewers and creators a duty of care to make sure it’s done for the right reason. If these videos need vetting then YouTube and the rest should hire people with enough science to understand what’s going on. Chemistry deserves better than indiscriminate purges.