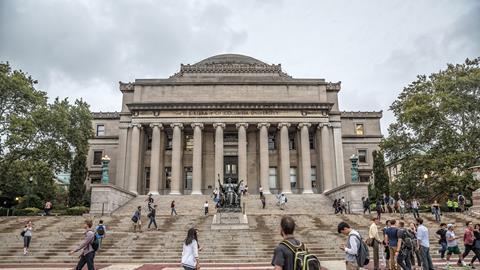 Around 1700 postdocs at Columbia University in New York City have formed a union – the first of its kind at a private US university – through the United Auto Workers (UAW), one of the largest unions in North America. Nicholas Tay, a chemistry postdoc at Columbia who was part of the effort to build support for the union, hopes this is just a first step on the road to securing greater rights for postdocs in the US and beyond.

The new contract with Columbia addresses concerns about inadequate pay and benefits, as well as insufficient rights for harassment victims and international researchers.

Postdocs at Columbia technically became members of the UAW in July, but they never had a ratified contract and therefore had no power to negotiate their contracts with the university. Now, their new contract mandates that postdocs at the university cannot be paid less than $60,000 (£47,000), among other things.

Previously, postdocs at Columbia earned slightly more than the minimum established by the National Institutes of Health, but less than their counterparts at other institutions in New York City, such as New York University and Rockefeller University, according to Tay. ‘As a postdoc, I was being paid around $52,000,’ Tay tells Chemistry World. ‘Now, that number for Columbia postdocs was raised to a minimum of $60,000, which is higher than those at Rockefeller University and NYU.’

Beyond ensuring access to a living wage in one of the most expensive US cities, the new contract also secured six weeks of paid parental leave after one year of service – there was none before. Safeguards for harassment and assault victims are included in the contract as well.

‘We have protections now for postdocs in the case that they feel pressured by their principal investigator, or anyone else, to perform actions that they don’t feel comfortable with,’ Tay explains. ‘The union is there to offer a way for them to file a complaint … there is now a mechanism through which they can express their concerns that didn’t exist before.’ Postdocs will now have access to a neutral arbitrator on claims of discrimination and harassment.

There are also new protections for international researchers at Columbia, including for visa and immigration-related issues. For example, they now have the right to reasonable paid time off to attend immigration-related proceedings, and the university has agreed to make reasonable efforts to allow them to work remotely if they are unable to return to the US for reasons outside their control.

‘We wanted rights for international workers, who have recently been under attack by the Trump administration,’ says Tay, referring to, among other things, President Trump’s executive order in June that blocked the processing of visa categories such as H-1Bs, which universities and tech firms often use to hire researchers and scientists from other countries.

These developments at Columbia represent ‘a good first step’ in that they demonstrate postdoc unions can exist and be successful at a private universities, according to Tay. ‘We hope that this will continue to grow, because issues like low pay, unstable benefits and discrimination in academia will not go away on their own,’ he says. ‘We need unions to give ourselves collective action to change the culture of academia … in the US and globally,’ he says.