The huge impact of ‘mini-brains’

‘Mini-brains’ made up of neurons and other human brain cells that can be used for neurological research have been created by scientists at Johns Hopkins University in the US. The work, which was presented at the American Association for the Advancement of Science’s annual meeting in Washington, DC, could revolutionise how new drugs or compounds of unknown toxicity are tested for safety and effectiveness. 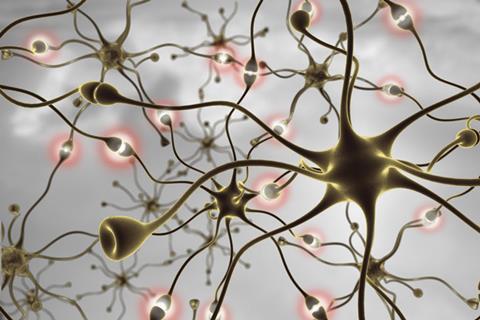 Researchers hope to use the ‘mini-brains’, which are made by reprogramming a patient’s skin cells, to study disorders like

Study leader Thomas Hartung and his team created these mini-brains using induced pluripotent stem cells (iPSC) – adult cells that have been reprogrammed to return to an embryonic stem cell-like state and then stimulated to grow into brain cells.

These mini-brains, which are only 350µm in diameter, are especially useful for studies of disorders of the brain such as Parkinson’s, Alzheimer’s, autism and even addiction, Hartung said. He also suggested that they can be used to better understand some viral infections like the Zika virus, which has spread to more than 20 countries and US territories since it first appeared in Brazil in May 2015.

The Johns Hopkins ‘mini-brains’ contain the major cells of the brain – not only the different neurons, but also supportive ones like glial cells. The cultured cells are able to grow and form brain-like structures over the course of eight weeks. Hartung said that these brain models actually demonstrate ‘thinking’ processes. ‘Electrical impulses are exchanged between these cells spontaneously, they are producing organ function – something that you cannot do in a two-dimensional system.’

This is all made possible by technology that allows researchers to produce stem cells from a human donor or patient. ‘We don’t need to destroy embryos – there are no ethical problems here,’ Hartung noted.

The Johns Hopkins team created the iPSCs by reprogramming the skin cells of a patient with a specific disease or non-disease background. For example, Hartung and his colleagues are very interested in autism because cases of the disorder are doubling every 10 years in the US. ‘This cannot be explained by genetics because genes are not changing that fast, so there must be environmental factors,’ he said.

As a result, the team is making mini-brains from the cells of autistic children, and this allows them to then test the effects of various compounds on that disorder. ‘This is the first time that you really can test gene–environment interactions on a personalised basis,’ Hartung explained. ‘I could imagine similar applications for even testing whether an individual would react favourably to a certain drug or not.’ While such a possibility would be far too costly at the moment, he believes that these mini-brains could facilitate personalised medicine in the near future.

Around five labs in the world have developed similar brain models, but the Johns Hopkins model is different because it is better standardised, according to Hartung. Many of the other models take up to nine months to develop, and they are all unique, Hartung said. ‘These were the Ferraris, the Maseratis – the beautiful almost brain-like structures,’ he remarked. ‘We only produce mini-brains – mini-coopers – but they are all the same, and this allows us now not to compare different brains, but to compare different drivers.’ He stressed that their mini-brains can be used to compare different drugs and toxicants to better understand their various effects.

Hartung is now applying for a patent on the mini-brains and is also creating a spin-off called Organome to produce and sell them. He said nobody should have an excuse to still use animal models, which come with ‘tremendous limitations’, including cost and time.