The why of wine-in-a-box's odd taste

Polyethylene packaging soaks up the compounds that give wine its flavour 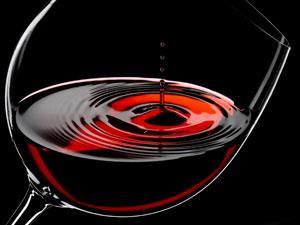 Bag-in-box wine loses key flavour and aroma compounds to the plastic packaging it is stored in, according to a study by French researchers. But the authors have yet to show how the loss of these compounds affects the taste.

When flavour compounds in food or drink are absorbed by packaging it is called ‘flavour scalping’ – a problem the juice industry is well aware of. Synthetic corks seem to draw flavour and aroma compounds from wine more strongly than natural corks. However, less is known about flavour scalping of wine in Tetrapaks and plastic bladders.

‘The material in contact with wine is known to interact with aroma compounds,’ says lead author of the study, Pascale Chalier of the Joint Research Unit Agropolymer Engineering and Emerging Technologies in Montpellier, France. ‘These phenomena could induce losses and modify the aromatic profile. Our study shows that it is important to consider these aspects.’

Chalier’s team mixed two ethyl esters and two alcohols into an acidified ethanol solution to create a simple model for wine. Ethyl butyrate and ethyl hexanoate are compounds that give wine fruity flavours, while phenylethyl alcohol provides hints of honey and 4-ethylphenol a smoky note. These compounds were quickly absorbed by the polyethylene film, or permeated through it. Ethyl hexanoate, as the most apolar molecule, had a particularly strong affinity for the apolar polyethylene – after five days, a quarter of the ethyl hexanoate had been scavenged by the film.

Helene Hopfer, an expert in wine packaging and flavour at the University of California Davis in California, US, says the study is ‘well done’ but neglects any taste implications for the consumer. ‘[The authors] did not conduct any sensory trials, so we can only assume that the drastic reduction in ethyl esters would be picked up by a human subject.’

Taste tests are planned, says Chalier. However, her team did show that losses in volatile compounds led to changes in the odour activity value – a measure based on concentration rather than human perception – of each of the esters.

So can such a simple model system tell us much about the changes that occur in real wine? The simple answer is no, according to Markus Herderich, group manager, research at the Australian Wine Research Institute in Urrbrae, South Australia. ‘These results are difficult to extrapolate to a wine,’ he says. In real wine, interactions between many different flavour and aroma compounds, and macromolecules, might affect the taste and smell. Chalier says a ‘more global approach’ to the evolution of the aromatic profile of wine is possible and could be useful in predicting the shelf life for bag-in-box products.