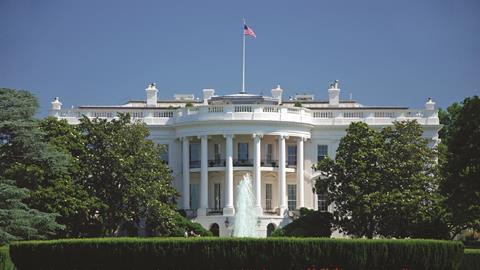 Trump proposes slashing basic and applied research by 9.1% in budget

The Trump administration’s new budget proposal for fiscal year 2021 has once again disappointed the US research community – and the chemical industry too. Support for basic and applied research would fall by $7.9 billion (£6.1 billion), or 9.1%, under the budget request, issued on 10 February.

In terms of specific science agencies, the president is proposing to slash the National Institutes of Health’s budget by 7%, the National Science Foundation’s by 6% and the Department of Energy’s Office of Science by 17%, according to analysis by the American Association for the Advancement of Science (AAAS). The AAAS notes the White House wants to cut funding for the Environmental Protection Agency’s science and technology account by 32%, the Department of Homeland Security’s (DHS) science and technology programmes by 13% and Nasa’s science directorate by 11%.

The White House justified the budget request by comparing it favourably to the president’s 2020 request – using this logic, the administration was able to claim that the new proposal represents a 6% increase for federal R&D over his 2020 budget request.

‘The administration’s proposed budget cuts to research risk slowing our nation’s science just when it is reaping benefits for all Americans in the forms of better health, a stronger economy, a more sustainable environment, a safer world and awe-inspiring understanding,’ said the AAAS’ chief executive, Sudip Parikh. ‘The proposed cuts risk slowing our nation’s scientific enterprise when other nations, including China, are increasing their investments to seize these benefits,’ he warned.

The Association of American Universities’ president, Mary Sue Coleman, noted that Trump has prioritised some research areas like artificial intelligence, but also proposed ‘deep funding cuts’ and policy proposals that could harm America’s pre-eminence in scientific research and higher education. ‘For our nation to maintain its position as a leader in global innovation, it is imperative that America reinvest in the government-supported research and the government-university partnership that have made our nation and its universities, laboratories, technology and economy the envy of the world,’ she said.

Benjamin Corb, spokesperson for the American Society for Biochemistry and Molecular Biology, called the White House’s latest budget request ‘just another in a series of proposals to cut federal support for scientific research and innovation’.

Observers point out that Congress has repeatedly rejected similar recommendations from the Trump administration to cut science agency budgets, and they suggest that this will again be the likely outcome.

The chemical industry has also expressed opposition to the White House’s budget request for 2021. The president of the National Association of Chemical Distributors, Eric Byer, said his trade group is ‘disappointed’ that the administration has proposed eliminating funding for the DHS’s Chemical Facility Anti-Terrorism Standards (CFATS) programme that have been in place since 2007. These regulations, which Byer described as vital to ensure that the chemical industry and regulators work together to keep US chemical facilities safe from terrorist attacks, apply to high-risk chemical facilities housing substances of particular concern.

‘To be clear, now is not the time for the White House and lawmakers to play games with our nation’s chemical security,’ Byer stated. He said the NACD fully supports the administration’s deregulatory agenda for duplicative and burdensome red tape, but expressed dismay that the White House has once again proposed to eliminate the Chemical Safety Board (CSB), which is the independent agency charged with investigating serious industrial chemical accidents in the US.

‘The president’s proposal would remove this important federal agency from the incident investigations process and cut valuable resources that CSB develops for the chemical industry to improve their operational safety,’ Byer said.