Heads of two key US research agencies will stay on, at least for now, but the nation’s science community remains worried 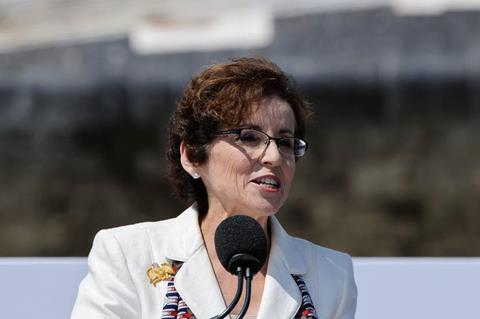 Donald Trump’s administration has asked the current director of the National Science Foundation (NSF), France Córdova, to stay on as head of the powerful fundamental research agency. Francis Collins will also remain the head of the National Institutes of Health (NIH). However, anxiety about the Trump administration persists within the US scientific research community.

It is unknown how long Córdova – an astrophysicist who became director of the NSF in 2014 – and Collins – a geneticist selected by former President Obama to head the NIH in 2009 – will stay at the helm of their agencies. In fact, it is unclear whether they are merely holding down the fort before being replaced, and it appears that officials at the agencies have few details and have had little contact with the Trump transition team.

Despite the reassurance that the top brass at the NIH and NSF remains unchanged, at least for now, many in the scientific community are concerned by developments that have occurred since Trump took office.

One major worry is how climate change research will fare in the new administration. Almost immediately after Trump assumed the presidency, the White House essentially erased climate change from its website. Now, the only reference to climate change appears under the heading ‘America First Energy Plan’ where it says: ‘For too long, we’ve been held back by burdensome regulations on our energy industry.’

The Trump energy plan goes on to say that the president is ‘committed to eliminating harmful and unnecessary policies’ like Obama’s Climate Action Plan, which aims to reduce carbon pollution and expand renewable and other low-carbon energy sources, among other things.

The new White House website also states that the Trump administration will ‘embrace the shale oil and gas revolution’ to bring jobs and prosperity to millions of Americans.

Amid these policy shifts, the US Centers for Disease Control and Prevention has cancelled a conference addressing the science of climate change and its impact on health, which was supposed to take place next month in Atlanta.