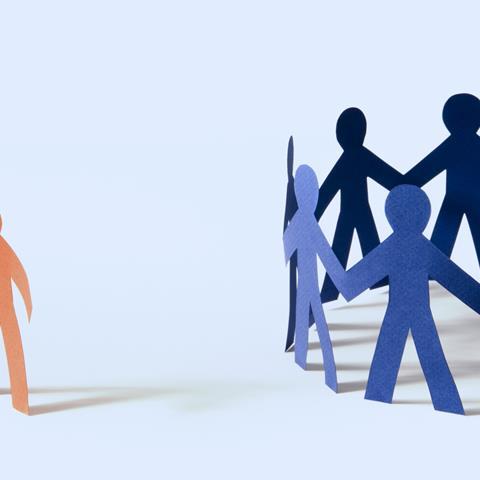 Almost two thirds of academics have experienced at least one form of violence because of their gender or gender expression, according to a Europe-wide survey of 42,000 researchers. They were most likely to report psychological violence followed by sexual harassment.

The study involved staff and students at 46 research organisations and universities and had a response rate of around 4%. Unlike similar projects, the survey defines six different forms of gender-based violence: physical; psychological (such as abusive comments, being spoken over); economic (for example, unfairly restricting access to financial resources by withholding a grant); sexual; and online (for example, non-consensual distribution of sexual images).

Among respondents who had experienced gender-based violence, only 13% reported it. Almost half of the victims explained that they felt uncertain whether the behaviour was serious enough to be disclosed. Around a third of victims said that at the time of the incident they did not identify the behaviour as an act of violence.

‘I was really taken aback by the scale of the problem,’ comments Anne Laure Humbert from Oxford Brookes University, UK, who was part of the study team. Although she acknowledges that any survey results may be affected by self-selection bias – people who have had bad experiences could be more inclined to take part – she says that when measuring gender-based violence, it is assumed that the disclosed incidents only represent a fraction of the actual incidents.

Humbert used the wide range of definitions because it was based on research showing that there is a continuum of violence. ‘We observe a high degree of correlation [between all] forms of gender-based violence,’ she explains. ‘This confirms empirically how all forms of violence operate as part of a similar logic. It also shows that all forms of violence are part of a wider system of inequalities.’

‘That there is an unacceptably large number of incidents which make the academic environment feel unsafe to many, particularly minorities, will not surprise readers,’ comments physicist and former gender equality champion Athene Donald from the University of Cambridge, UK. ‘Perpetrators are able to get away with far too much and there is an urgent need to improve the situation.’

In Germany, state and national governments have created a fund worth €320 million (£282 million) to boost numbers of women academia. Over the next eight years, institutions will be able to apply for funding for up to three professorships for women if they submit an equal opportunities plan. The initiative follows a survey  by a science administration body that found only a moderate rise in the numbers of women studying, lecturing or researching at German universities in 2020 compared to 2010. The proportion of women among lecturers increased from 25 to 35% and 19 to 26% for full professorships though women hold only 22% of the best paid jobs.

The survey tells us three things, says Allison Surtees, a classics professor at the University of Winnipeg, Canada, who has an interest in gender and equity: academic spaces are not safe for marginalised groups; violence is not sufficiently recognised or taken seriously by both individuals and institutions; and institutions are failing to properly address violence. She is particularly pleased the survey uses a broad definition of psychological violence that includes microaggressions, such as being interrupted. ‘[They] are the building blocks that lay the foundation for and support other forms of violence,’ Surtees explains.

‘These findings remind us that increased representation of women does not mean our work is done,’ says Kimberly Griffin, education researcher at the University of Maryland who focuses on equity in science. ‘Institutions must take responsibility for implementing individual interventions and structural reforms that prevent violence. When events do occur, people must be encouraged to report them, and there should be clear and well publicised ways to do so. Determining how individuals hold individuals causing harm accountable is very important, as well as educating communities about the negative impacts of these behaviours.’

By late 2024, Humbert explains, she and her colleagues want to translate their findings into ‘concrete policy recommendations, tailored tools and capacity-building activities and trainings’.