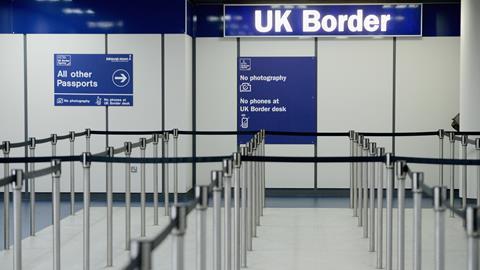 A new, fast-track visa scheme to attract the world’s top scientists, researchers and mathematicians will open on 20 February. The ‘global talent’ route will have no cap on the number of people able to come to the UK, in contrast to the current route for highly skilled immigrants.

The global talent route replaces the tier 1 exceptional talent scheme which can grant only 2000 visas a year. It will be managed by UK Research and Innovation (UKRI). The UKRI, rather than the Home Office, will administer fast-track visas to researchers and specialists whose name or job title is specified in a successful grant application from a recognised funder such as the Wellcome Trust. Fast-track visas will also be available to recipients of a much larger range of UK and international fellowships, such as Marie Skłodowska-Curie Actions, the European Research Council and Human Frontier Science, and those appointed to senior positions at a UK higher education institution or eligible research institute.

According to UKRI, the global talent visa will give researchers similar freedoms to the tier 1 exceptional talent visa including the ability to move between organisations and jobs, apply for settlement once they have been in the UK for three years and bring their families to live with them. There will be no requirement for a minimum salary or an English test, and researchers who spend time outside of the UK for research purposes will not be penalised.

The scientific community has welcomed the announcement, broadly agreeing that these changes send out a message to the world that the UK remains open to overseas talent.

‘The global talent visa is a great move to attract talented scientists to the UK,’ comments Sarah Main, executive director of the Campaign for Science and Engineering (CaSE). ‘We look forward to seeing the details of the new “endorsed funder route” of the visa when it launches next month. I am particularly pleased that this route will include all named team members working on eligible grants, something that CaSE has previously recommended.’

However, Main stresses that ‘we now need to make sure the scheme is fully used, which will require effective communication about the visa route to the science community in the UK and globally, to ensure that it makes its mark. Previous visa systems have lacked the profile to be fully utilised.’

The government also announced plans to invest up to £60 million a year to fund mathematical sciences research over the next five years. It will also launch a major review of research bureaucracy, including unnecessary paperwork, funding applications and research selection processes. As part of this, UKRI will simplify the process to apply for funding, and remove requirements to forecast long-term benefits of projects with unpredictable results. In addition, this summer the government will publish a place strategy for UK R&D to ensure funding builds on the strengths of regions.