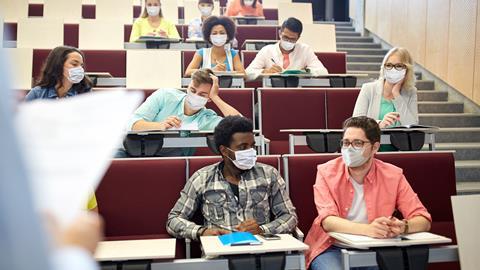 The University and College Union (UCU) is pursuing legal action against the UK government over the way it handled students’ return to campus for the 2020–21 academic year. It argues that the government ignored expert advice to limit face-to-face teaching, putting students and staff at risk.

UCU ­– the UK’s largest union for lecturers and academic support staff ­– is seeking a judicial review over what it describes as the government’s ‘failure to direct and support universities and further education colleges to move to online teaching’ in September. It said the government ignored warnings from the Scientific Advisory Group for Emergencies (Sage) that face-to-face teaching should be avoided due to risks posed to students and staff amid the coronavirus pandemic.

‘Sage told the government in September that unless teaching at colleges and universities moved online outbreaks were very likely, but ministers ignored its advice,’ said UCU general secretary Jo Grady in a statement on the union’s legal challenge. ‘We may never know the full impact of the decision to ignore Sage’s warning, but we have seen infection rates up to seven times higher at universities than in surrounding areas, and over 27,000 cases of Covid on campus with reports of students in intensive care. We are now witnessing a second wave that was preventable.’

In a letter to the secretary of state for education, Gavin Williamson, UCU demanded an explanation for why the Sage committee’s advice that teaching should be moved online was overlooked, describing the government’s action as ‘irrational’ and ‘unlawful’.

When asked about UCU’s claims, a Department for Education spokesperson told Chemistry World: ‘This has been a very difficult time for students, and it was crucial for their wellbeing and education to be able to go to college and university, so their lives are not put on hold.’

‘The safety of students and staff is a priority, and universities and colleges worked extremely hard to put in a wide range of measures to deliver learning in a way that is as safe as possible,’ the spokesperson added. ‘For many this involves a blend of online and in-person learning, based on the government guidance informed by Sage, and adapting measures to their local circumstances. Higher education providers are continuing to work closely with local authorities, as well as public health officials to ensure that learning can take place as safely as possible.’