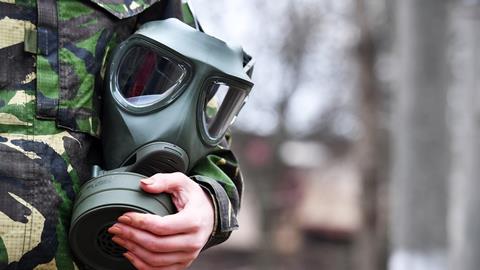 The UK will set up a new chemical weapons centre at the Defence Science and Technology Laboratory (DSTL) at Porton Down, in response to what the government claims is the growing threat of chemical attacks. The announcement comes after a former Russian spy and his daughter were poisoned with a nerve agent in Salisbury in the UK earlier this month.

The defence secretary Gavin Williamson announced during a speech in Bristol that the government would spend £48 million on the centre.

Porton Down is where scientists identified the nerve agent used to attack former Russian spy Sergei Skripal and his daughter in Salisbury on 4 March. Using instruments at DSTL and a library of compounds, they were able to determine that the perpetrators used a Novichok nerve agent, a family of compounds developed by the Russian military.

‘We know the chemical threat doesn’t just come from Russia but from others,’ Williamson said during the speech, adding that the new centre would ‘ensure we maintain our cutting edge in chemical analysis and defence’. North Korea recently used the nerve agent VX to assassinate an exile and political opponent.

Williamson also announced plans to offer vaccinations against the bacterial weapon anthrax to thousands of British troops, so that those deployed to areas where this is a risk will be protected. ‘The choice before us as a nation is simple – to sit back and let events overtake us or step forward,’ said Williamson. ‘[These measures] will make sure our country can respond to the changing nature of warfare and the new threats we face.’