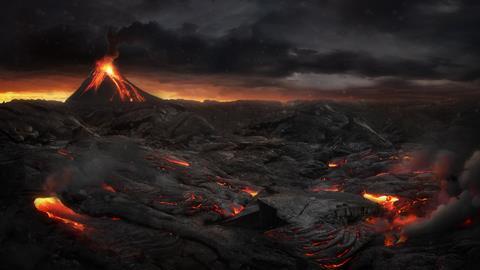 For the first time, scientists have synthesised branched phosphates, called ultraphosphates, finding them to be stable for up to several days in water – despite the 1950 anti-branching rule stating otherwise.

Polyphosphates consist of tetrahedral phosphate units, PO4, linked by oxygen atoms. They can be linear, branched or cyclic. Linear polyphosphates like adenosine triphosphate, ATP, are found in all living organisms and have been well studied. However, the properties and reactivity of chemically related ultraphosphates remained unknown.

Ultraphosphates were made by coupling of a simple phosphate with tris(diethylamino)phosphine, followed by oxidation

Since the 1950s, chemists had claimed that ‘ultraphosphates spontaneously hydrolyse at a high rate upon dissolution in water’, despite the absence of ultraphosphate synthesis and experimental data, says Tobias Dürr-Mayer from the University of Freiburg in Germany. This so-called anti-branching rule states that ultraphosphates are unstable in water as the branches hydrolyse, and that they decay more rapidly than cyclic or linear structures.

But results by a team led by Dürr-Mayer’s colleague Henning Jessen now call this decades-old rule into question showing that short-chain ultraphosphates are stable in water for hours to days.

‘I would say that already the name “anti-branching rule” is the issue here,’ says Jessen. ‘Branched phosphates do indeed hydrolyse but so do, for example, esters – and nobody has derived an anti-ester rule.’ While an earlier synthesis of branched phosphates containing a cyclic unit required a cyclic phosphate substrate, this is the first rational synthesis of defined, non-cyclic ultraphosphates using simple monophosphates as starting materials.

‘It’s really a tour de force,’ says Jim Morrissey, who studies polyphosphates in biological systems at the University of Michigan Medical School. ‘For years, the dogma was that these branched polyphosphates can form but they’re extremely unstable in water. What this work has shown is that it’s a more complicated story than that.’ 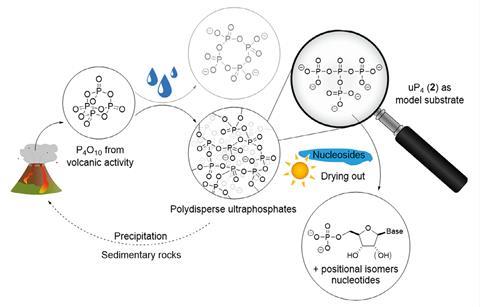 Now these molecules can be synthesised, the team is trying to find them in nature and extract them from biological sources. Dürr-Mayer explains that ‘the current methods on enrichment of condensed phosphates for analysis are just inappropriate since they all apply conditions that accelerate the decay of ultraphosphates’. ‘We would be extremely excited to find these molecules in biology, which would open up a whole new area of research,’ adds Jessen.

Discovering ultraphosphates’ unexpected stability also has implications for prebiotic chemistry, which investigates how life on Earth began more than 4 billion years ago. It is likely that phosphates were a vital component to create the backbone of the first RNA and DNA molecules. Water-stable ultraphosphates could have acted as phosphorylating agents for nucleophiles, including amino acids and nucleosides.