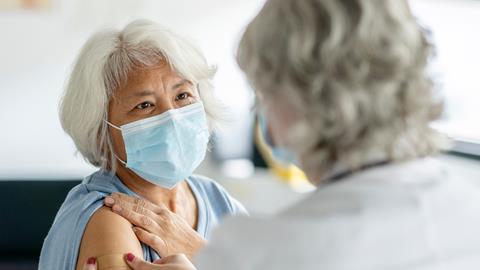 Progress has been made on a universal flu vaccine – one that works against all current subtypes and should be future-proofed against mutations of the virus.

The new multivalent mRNA vaccine encoded hemagglutinins (HA), one of two major surface proteins of flu, from all known A and B influenza subtypes. When they injected two doses into mice and ferrets, the animals generated high levels of antibodies against all 20 of the HA antigens. ‘The levels were tens- to hundreds-of-fold higher than what you need for protection,’ says Drew Weissman from the University of Pennsylvania.

What also pleased the team was the strong antibody response against each of the antigens. ‘With multivalent vaccines, there’s often some sort of predominance, but that wasn’t seen here,’ says virologist Seema Lakdawala at Emory University, who led the ferret experiments. For example, a dengue vaccine usually only elicits an adequate antibody response against two of the four types.

Another positive was the response of vaccinated animals challenged with an avian H1 virus, which was not part of the vaccine. ‘The animals had much less disease, shed less virus and were definitely protected against severe disease,’ says Lakdawala. A pandemic preparedness vaccine would need to perform well against a flu not previously vaccinated against.

Weissman, whose work was pivotal to the development of Covid-19 mRNA vaccines, says they began working on a flu vaccine as early as 2014. The motivation was to improve upon the annual flu vaccine, which has variable efficacy each year, ranging from about 50% down to 20%. ‘If the current set of vaccines were launched in the present environment, they almost certainly wouldn’t be approved,’ says Peter Openshaw, a respiratory physician and immunologist at Imperial College London.

This partly down to ‘original antigenic sin’, whereby our first encounter with a virus subtype is etched on our immune system memory, so that we always respond better to that subtype, but not so well to other strains. Exposing children to every major flu strain simultaneously means ‘they would be primed for any influenza and good at responding to any, rather than being biased by seeing H1 or H2 first,’ Weissman explains.

There are also downsides to most of our annual flu vaccines being manufactured in eggs. The virus can mutate to grow better in eggs, diverging from circulating strains and resulting in a less effective vaccine. Also, the World Health Organization must select strains for the annual flu vaccine around seven months ahead of flu season. ‘With an mRNA vaccine, you can probably guess next season’s influenza a month beforehand, so you’ll be much more accurate,’ Weissman explains.

Governments want to be better prepared for the next pandemic and a universal flu vaccine could help. ‘The biggest advantage over current vaccines is that you can worry less about an influenza pandemic,’ says Weissman. ‘Current vaccines give you no protection against pandemic strains, but this vaccine will give you protection.’

The group at Penn are working with the National Institutes of Health (NIH) to manufacture batches of the mRNA multivalent vaccine to industry standards. The team hope to have a phase 1 safety trial running by the middle of 2023. A vaccine could be on the market ‘as early as three to four years, maybe longer’, says Weissman.

‘It is a very significant development that you can potentially offer such broad protection against the circulating human strains, and possibly against future infections,’ says Openshaw. ‘But we really need evidence from human testing. There’s a long history of things working well in small animals, but not when we move into humans.’

Not everyone is convinced that targeting the HA protein is the best approach, however. ‘This focus on hemagglutinin is antiquated, and a poor strategy for universal flu,’ says Matthew Memoli, a virologist at the NIH in Bethesda, Maryland. ‘We need to include other antigens in our strategy and consider mucosal immunity, because that’s where the infection is happening.’ He says lots of studies confirm that high levels of antibodies against HA can protect mice, even ferrets, but then [the vaccines] don’t perform well in people.

In a collaboration with Jeffery Taubenberger at the NIH, who is renowned for sequencing the 1918 pandemic viral genome, Memoli created a vaccine comprised from four distinct (inactivated) avian flu viruses, all with low pathogenicity. A phase 1 study of this vaccine is now fully enrolled with 45 volunteers.

Another antigen in current flu vaccines is the viral surface protein neuraminidase (NA). Some researchers believe including this antigen will boost the efficacy of flu vaccines, while others advocate including internal viral proteins, which are T cell targets.

The Penn group is also developing a general influenza vaccine with HA, NA and the M2 protein of the virus, as well as one or two other proteins, notes Weissman. But, he says, HA remains the best target.

The Penn researchers are already seeking to minimise the cost of producing their flu vaccine by producing all 20 RNAs in one run and inserting them into the lipid nanoparticles at the same time.

‘The companies sold the [mRNA] Covid-19 vaccines to the US and Europe initially for around $20 (£16) a dose, but I heard it cost less than a dollar a dose to make,’ says Weissman. ‘Influenza is a very large-scale vaccine, so my guess is that the cost is only going to go down over time.’