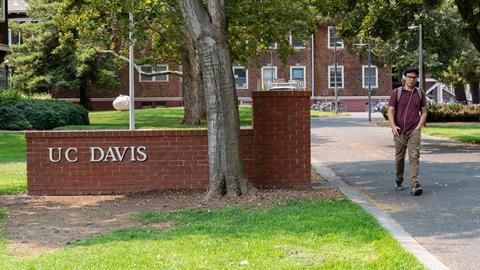 University of California cut off from Elsevier journals after contract cancellation

Dutch publishing giant Elsevier has cut off the University of California’s access to new articles in its journals. The two sides had been in negotiations since 2018, as the university sought to agree a deal that would provide both universal open access to the work of its researchers, and cut the cost of journal subscriptions. Talks broke down in March with the university cancelling its contract across its 10 campuses.

The university has been preparing alternative access for its 325,000 students and staff for months. But the impact of being cut off from Elsevier’s journals will grow over time, as the body of new research expands, acknowledges Paul Alivisatos, executive vice chancellor at University of California, Berkeley. However, he adds that ‘because the content is not created by Elsevier in the first place, there are many legal alternative means for our researchers to access the articles’, even if they’re not as convenient.

Delmar Larsen, professor of chemistry at the University of California, Davis says discussions with colleagues both inside and outside the university, suggest any impact won’t be sufficient to ‘warrant concern’. Elsevier’s portfolio ‘is broad in all Stem areas, including chemistry, but those journals are not mission critical for most chemistry research’.

Over 1000 academics have signed petitions that urge colleagues not to publish in Elsevier journals or to edit them, but the university is not boycotting the publisher. Larsen himself has reviewed recently for Elsevier, and isn’t aware of colleagues talking about boycotting. ‘I think part of this is because our reviewing activities often originate from established relationships – personal and professional – with the editors of these journals, which are not influenced by the current contract negotiations.’

Alivisatos says the university’s campuses and national laboratories are united on the importance of open access, and he encourages researchers ‘to signal their individual values by publishing in open access journals as frequently as possible’.

Last year, the university spent over $10.5 million (£8.3 million) in subscription and open access fees. According to Elsevier, to make the 5000 articles researchers at the 10 University of California institutes publish each year in its journals free to read, would cost around $15 million on top of journal subscriptions. It says it understands the university can’t afford both of these so it’s proposing a staged transition to an open access model. ‘We believe this stalemate was avoidable,’ said Gemma Hersh, one of Elsevier’s negotiators. ‘We understand that the libraries are under cost pressure, but we don’t believe the solution is to cancel subscriptions to high quality information providers.’

Jeffrey Mackie-Mason, head of Berkeley’s library and co-chair of the negotiating team, said the university had international support for its stance. ‘We are looking for a large enough group of customers to realise the time has come – that we don’t have to give in to the publishers anymore, and that if we want our (mostly publicly-funded) research published so the public can freely read it, we can insist that the publishers support this, without increasing prices.’