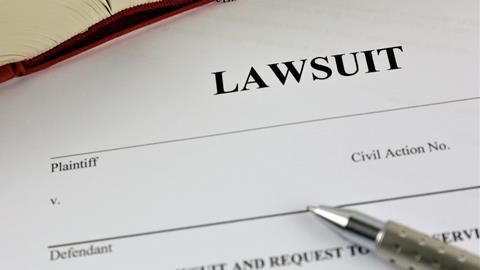 A professor at the University of Missouri–Kansas City (UMKC) has been accused of stealing the university’s intellectual property and robbing his graduate student of credit for the research in a lawsuit filed on 26 February. According to the university’s complaint, Ashim Mitra, a professor in the school of pharmacy, has made more than $1.5 million (£1.1 million) from intellectual property he had no right to and that he stands to gain more than $10 million in future royalties over five years.

‘Mitra stole UMKC-owned inventions, sold them to industry, assisted those companies in patenting and commercialising them, denied credit to a deserving student and reaped a personal financial windfall – all the while concealing his efforts and denying his involvement,’ said university spokesperson John Martellaro. ‘UMKC looks forward to vigorously pursuing these claims in court.’ Mitra has been a tenured professor at UMKC for 25 years.

Mitra’s wife, Ranjana Mitra, who was also named in the lawsuit, worked at the university’s school of pharmacy alongside her husband for almost 25 years. The two are corporate officers and directors of Mitra Consulting Services, which they established in January 2008 to provide technical and legal advice to the pharmaceutical industry.

Ashim Mitra denies any misconduct. ‘All of the alleged wrongdoing on the part of myself and my wife can be proven to be false,’ he said in a statement to US National Public Radio station KCUR.

The university began investigating the matter in May 2018, and early findings prompted Mitra’s removal as chairman of the university’s pharmaceutical sciences division in June. The school launched formal disciplinary action against Mitra a few months later. He resigned during a dismissal proceeding in January 2019.

At issue is a new and more effective formulation to deliver drugs, notably the immunosuppressant cyclosporin, to the eye, which the university says was developed by Mitra’s graduate student, Kishore Cholkar. Eye drops are currently used to deliver drugs to diseased tissue but absorption of the active ingredient tends to be poor and topical solutions fail to deliver medicines to the back of the eye. To address these issues, Cholkar came up with the idea of using nanomicellar formulations. Nanomicelles are nanosized pharmaceutical carriers with a hydrophobic core that can hold drugs such as cyclosporin and increase their ocular bioavailability.

Mitra is alleged to have secretly sold Cholkar’s work to the pharmaceutical company Auven Therapeutics, based in the US Virgin Islands. UMKC claims that Mitra and Auven then patented the cyclosporin formulation without naming Cholkar as an inventor and without getting approval from the university.

Mitra told KCUR: ‘Dr Kishore Cholkar is an accomplished student of mine who wrote a paper on other aspects of the cyclosporin formulation after the patent had already been submitted to the FDA for approval.’ He added: ‘It is clear to see that both him and UMKC are now trying reap the benefits of the tireless work myself and others have put in to make this a success.’

Auven purportedly sold all of the intellectual property for $40 million and ongoing royalties to Sun Pharmaceutical, a large multinational based in India. Again, the university claims, Cholkar was not named as an inventor and UMKC approval was not obtained. Sun Pharmaceutical eventually obtained approval from the US Food and Drug Administration (FDA) in August 2018 to sell the patented cyclosporin formulation to treat dry eye disease under the trade name Cequa.

In November 2018, UMKC representatives met with the Mitras to discuss their consulting work, and they ‘explicitly denied’ ever having received or being entitled to receive any money under such consulting agreements, the lawsuit states. However, the university claims, that very same day Mitra was notified that his bank account was credited with the milestone payment of $1 million from Sun Pharmaceutical for the FDA’s approval of Cequa.