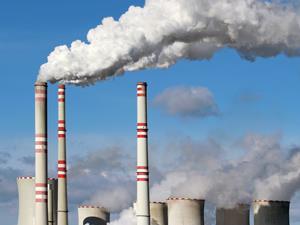 Thirty-nine ‘unreported and major human-made sources’ of sulfur dioxide have been discovered by scientists at Nasa and Environment and Climate Change Canada, using satellite data from 2005 to 2014. Nasa describes the sources as ‘clusters of coal-burning power plants, smelters, oil and gas operations’ that are most commonly found in the Middle East, Mexico and parts of Russia.

In some cases, reported emissions from known sources in these regions turned out to be two to three times lower than these new satellite-based estimates. Collectively, the unreported and underreported sources comprise about 12% of all human-made sulfur dioxide emissions. Lowballing these emission sources, which are included is in models used to assess environmental impacts and the exposure of populations to pollutants, could have significantly implications. ‘There is a web of impacts that sulfur dioxide has, and if we don’t put the right amounts into our model calculations, then anything we derive from those models will be biased,’ says Chris McLinden, an atmospheric scientist at Environment and Climate Change Canada. He adds that his research team would like to try this methodology out on other pollutants like nitrogen oxide and ammonia.