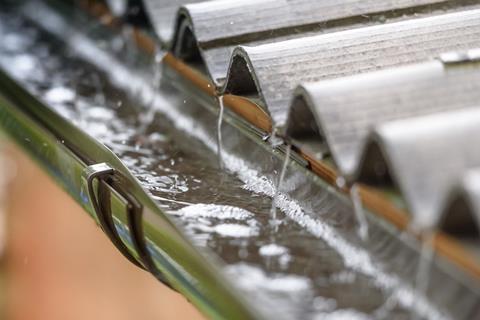 Researchers from Portugal have revealed a new asset of atom transfer radical polymerisation (ATRP) techniques by successfully carrying out such reactions in untreated water.

‘I always look for ways to use the most inexpensive and benign solvents possible, whilst still maintaining the polymerisation features,’ says Patrícia Mendonça from the University of Coimbra. This can be challenging because solvent plays an important role in polymerisation kinetics and control – not every solvent will work.

‘Everyone is using ultrapure water [for ATRP reactions], which is good since it is a benign solvent, but at the same time it is expensive due to the purification process. Can we just carry out ATRP reactions using untreated water?’ wondered Mendonça. To test the idea she performed a range of ATRP reactions in untreated water from different sources – including rain, sea and river water. ‘The sources of water were chosen to give a wide-range of ionic strengths,’ to reveal the impact on the ATRP kinetics or molecular weight control, but of equal importance was ‘the idea to use water directly from nature, without any transformation’.

Not only did the reaction work, the polymerisation kinetics and control over the molecular weight were similar to those obtained in ultrapure water – Mendonça says this means ‘it is realistic to think that these types of water could be used in industrial processes’.

‘It is very interesting to see how robust and benign ATRP becomes. It can be carried out in unpurified water from different sources and even in sea water with high concentrations of sodium chloride or other salts, and parts per million of copper catalysts,’ comments Krzysztof Matyjaszewski, who developed the ATRP reaction at Carnegie Mellon University, US, 25 years ago.

River, rain, stream, spring and sea water with different ionic compositions can be used without any purification as the polymerisation solvent for the the polymerisation of several water-soluble monomers by various ATRP techniques

One concern is that although the solvent used here is seen as green, the purification process for the polymers produced in Mendonça’s process includes a dialysis process, which uses litres of deionised water, even at a small scale. However, she says ‘at an industrial scale, some polymers are commercialised as emulsions or solutions and not in their pure form, and with current developments of eco-friendly ATRP systems, the concentration of soluble metals is so low that for some applications the purification is not required.’

Of course, at this point, the work is a proof of concept, and Mendonça and her team believe it will ‘open avenues to test new ideas that could reduce the cost involved in polymerisation processes.