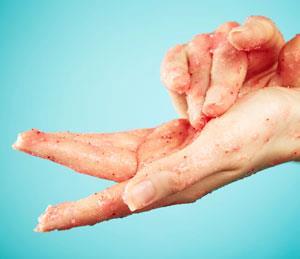 Microbeads are defined in the US rule as any solid plastic particle less than 5mm in size and intended to be used to exfoliate or cleanse. They are often used in products like toothpastes and facial cleansers, but end up in waterways.

Some species of marine life mistake the plastic beads for food. A recent United National Environment Programme (UNEP) report concluded that most of the plastics in cosmetics and personal care products contained non-degradable polymers that may take hundreds of years to break down via oxidative or photodegradation routes.

UNEP reports that a typical exfoliating shower gel can contain roughly as much microplastics as is used to make its plastic packaging.

At least nine US states and numerous local jurisdictions already have bans on microbeads in personal care products. For example, California acted in October 2015 to phasing out microbeads in cosmetics by 2020.

Recent research by US scientists estimated that more than 8 trillion microbeads enter US aquatic habitats each day. The researchers suggested that an outright ban on microbeads would be the best way to protect water quality, wildlife and other resources.

Cosmetics Europe, which represents European companies and associations in the cosmetics and personal care industry, recommended in October 2015 that its members ‘discontinue’ the use of microbeads in ‘wash off cosmetic and personal care products for exfoliating and cleansing purposes’ as of 2020. Yet, no action has been taken thus far to ban microbeads across the EU.

The Canadian government announced in July its intention to ban the use of microbeads in personal care products, saying a scientific review revealed that the presence of microbeads in the environment may have long-term effects on biological diversity and ecosystems. A proposal to add microbeads to a list of toxic substances under the Canadian Environmental Protection Act was published in August 2015.

The American Chemistry Council (ACC) applauded the new US law, calling it ‘an important step to ensure there is one sensible, national standard to phase out solid plastic microbeads from rinse-off personal care products across America’.