The US chemical industry is concerned about the potential impact of a report, released by a liberal think tank on 19 November, which lists the nation’s 101 most dangerous chemical manufacturing and water treatment plants and urges Congress to develop stricter safety standards.

The report by the Center for American Progress (CAP), Chemical Security 101, recommends that such facilities be required to assess and use feasible alternatives to the high-risk chemicals that they produce and store. The goal is to lower the harm to surrounding populations in the event of an accidental release or terrorist attack.

But the American Chemistry Council (ACC), a major trade association representing US chemical companies, says that chemical facilities are already adjusting practices to comply with a temporary regulatory framework introduced two years ago, and new rules could send mixed messages to those making changes. 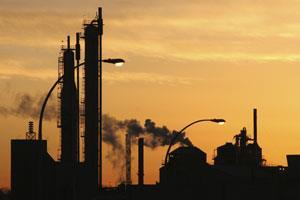 The CAP list was compiled on the basis of risk management plans that chemical facilities submitted to the Environmental Protection Agency at the end of October 2008. Taken together with 202 other high-hazard facilities that could adopt alternatives, the plants span 41 states and put 110 million lives at risk, warns CAP - a group founded and headed by John Podesta, chief of staff to former US president Bill Clinton and now heading the transition team of president-elect Barack Obama.

Chlorine, hydrofluoric acid and sulfur compounds were picked out as substances posing the greatest threat. Among the report’s suggestions are that thirty bleach plants could generate chlorine on-site without rail shipment and bulk storage, and that eight petroleum refineries could substitute the hydrofluoric acid used to refine crude oil with sulfuric acid or emerging solid acid catalysts.

The US government’s Department of Homeland Security (DHS) enacted temporary chemical security regulations two years ago, known as the Chemical Facility Anti-Terrorism Standards (CFATS). Its own list of high-risk chemical facilities is not publicly available, though it has published a list of roughly 300 chemicals considered a potential security risk.

The regulations, CAP says, fail to require that chemical facilities assess safer and more secure alternatives, don’t provide protection for communities along chemical delivery routes, and don’t cover water utilities, even though 15 are among the nation’s most dangerous facilities. Water utilities could easily switch from chlorine gas - and sulfur dioxide gas in some cases - to less hazardous alternatives like liquid bleach or ultraviolet light, CAP says.

But the ACC defends CFATS and cautions against efforts to develop new chemical safety requirements. ’We are in the process of implementing this CFATS programme,’ ACC’s Scott Jensen tells Chemistry World. ’We are concerned that the rules could change - we certainly don’t want to interject any unnecessary uncertainty,’ he adds. ’The danger is that you could undercut the programme and send the people that have to meet these requirements mixed messages.’

’We are still very much in the process of implementing the CFATS regulations,’ agrees DHS spokesperson Amy Kudwa. ’We have also worked extensively with the chemical industry on voluntary standards to improve security.’ She notes that CAP’s list doesn’t correlate with either the chemicals that CFATS has identified as being of concern, or the types of facilities that are regulated under CFATS, because different methods were used to develop it.

Paul Orum, a safety consultant who drafted the report for CAP, says the expiration of CFATS in October 2009, ’could provide an impetus for creating a comprehensive chemical safety programme. Just reauthorising the current programme will not provide effective chemical security.’

Orum and others believe that Obama could significantly strengthen the government’s chemical safety rules after taking office on 20 January, 2009. Obama and incoming vice president Joe Biden have both in the past introduced legislation that pushes chemical facilities to use safer alternatives where practicable.

A Chemical Facilities Anti-Terrorism Act, which requires high-risk chemical facilities to use safer methods and eliminates the exemption of water facilities, was introduced in March 2008, but has not yet been reviewed by the House, nor introduced in the Senate.