US energy use carries hidden costs of $120 billion

The hidden health and environmental costs of energy production and consumption in the US could exceed $120 billion (?73.6 billion) per year, according to a new report from the US National Research Council (NRC). The report provides new ammunition for those arguing that green energy should be a priority.

The $120 billion estimate is for 2005 and comprises damages related to electricity generation and transportation, principally involving emissions of nitrogen oxides, sulfur dioxide, and particulate matter. The bulk of the effects result from the human health impacts of air pollution, including premature death, and increased risk of respiratory conditions like chronic bronchitis or asthma. 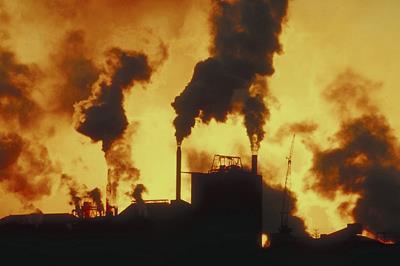 Maureen Cropper, an economist from the University of Maryland, US, who served as vice chair of the NRC committee that wrote the report, says they came out with a ’very conservative number’ because climate change impacts were not factored into the cost assessment.

’Renewables and nuclear look much cleaner in contrast to fossil fuels, so this makes in comparative terms part of the argument for renewables,’ Cropper says. The damage from pollutants from nuclear, wind or solar energy are almost zero, says Cropper, but the total costs of obtaining these cleaner sources of energy need to be considered and factored into the equation.

The NRC finding echoes a joint policy statement released earlier this year by the American Chemical Society (ACS) and the American Institute of Chemical Engineers, which urged policymakers to capture hidden costs of energy production.

’Knowing the true costs - both in terms of human health and global climate change - of energy production must be key considerations for policymakers as they work to develop policy solutions to address our energy and global climate change challenges,’ says ACS spokesperson Glenn Ruskin. ’Without accounting for the hidden costs, policymakers may rely on flawed equations when considering the pros and cons of any proposed solution.’

The NRC panel finds that coal, which generates about half the electricity produced in the US, is the most expensive fossil fuel. The report estimates that in 2005, total external damages from burning coal in the country’s 406 primary coal-fired power plants were roughly $62 billion. These damages average about 3.2 cents for every kilowatt-hour of energy produced.

"Burning coal causes damages valued at about 3.2 cents for every kilowatt-hour of energy produced"

The NRC panel concludes that substantially reducing non-climate and climate damages would require major technical breakthroughs, including cost-effective conversion of cellulosic biofuels, cost-effective carbon capture and storage and substantial further reductions in emissions, as well as an increase in renewable energy capacity or other forms of electricity generation with lower emissions.

Marlo Lewis, a senior fellow at the Competitive Enterprise Institute - a conservative think tank that gets some of its funding from companies making petrol fuelled cars - is sceptical about the report’s conclusions. He emphasises that decarbonisation is a ’horrendously expensive’ way to reduce air pollution, and argues that there are technologies for attacking particulate matter, nitrogen oxides and sulfur dioxide that are much cheaper than simply abandoning fossil fuels.

’Just telling people not to use the most affordable fuel is not effective,’ Lewis tells Chemistry World. He says the NRC report presents a ’one-sided, misleading picture’ by failing to acknowledge the positive benefits of energy production and consumption, including lives enhanced and saved by new technologies. He also questions the political motivation behind the report, which was requested by Congress in 2005. ’Why do we need all of these experts to tell us energy production causes air pollution that damages health,’ he asks.