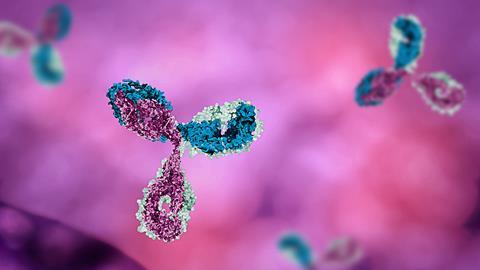 US finalises guidance on biosimilars

The US Food and Drug Administration (FDA) has published much-anticipated guidance detailing what companies need to do to prove that their biosimilar products are interchangeable with the originator drug and can therefore be substituted at pharmacies like generic medicines. Industry appears pleased with the new guidelines, despite the increased competition they are intended (and expected) to create in the market.

While the FDA requires generic medicines to be proven equivalent to the original drug, a biosimilar only has to be highly similar, not identical, to the existing medicine and produce the same clinical effect. This is because small differences in manufacturing conditions can lead to chemical differences – for example in the sugars decorating the surface of protein-based drugs. Among other things, the agency’s new guidance allows such differences, as long as they are not ‘clinically meaningful’.

Under the new guidelines, biosimilar developers must submit data to prove that their product yields the same clinical results, and the main comparison is on the pharmacokinetic and pharmacodynamics markers, not efficacy markers. This will ‘materially lower costs of doing these trials,’ according to Ronny Gal, a pharmaceutical industry analyst for Bernstein Research based in New York, US.

The agency further recommends that companies carry out ‘switching studies’ to demonstrate whether alternating between a biosimilar and its reference product affects the treatment’s safety or efficacy.

Gal also notes that the guidance includes other ‘rather sensible’ and ‘lenient’ provisions, such as allowing drugs approved outside of the US as comparators, and permitting trials for proving biosimilarity and interchangeability to be combined. He says it remains to be seen whether the new guidance will raise any commercial barriers. It will certainly help with biosimilar adoption, and may push the market to lower prices.

Drugmaker Boehringer Ingelheim (BI) has applauded the new guidance, with spokeswoman Susan Holz saying it retains ‘the appropriate balance between a high bar to prove interchangeability and product-specific flexibility to make such a status attainable’. BI is the only company so far to seek approval for an interchangeable biosimilar in the US – its version of AbbVie’s blockbuster rheumatoid arthritis drug Humira (adalimumab). Holz says the company supports ‘product-by-product flexibility’ at the FDA’s discretion.

Because the FDA is requiring additional testing to demonstrate that biosimilar products can be freely substituted like generic pharmaceuticals, its guidance is more restrictive than in Europe. The European Medicines Agency does not evaluate the interchangeability of proposed biosimilars and originator drugs, and instead such decisions are made by national governments.