The White House has set a new goal of cutting methane emissions from the oil and gas sector by 40-45% by 2025. To help achieve this target, the US Environmental Protection Agency (EPA) will set legally enforceable standards through the Clean Air Act to reduce methane pollution from new and modified oil and gas production, processing and transmission equipment.

Under the plan, the EPA will also cut emissions from some existing oil and gas operations through separate standards covering volatile organic compounds (VOCs). While those standards will catch some methane emissions, they apply only to equipment located in areas that don’t meet public health ozone pollution standards. The EPA will open its proposed rules for consultation with relevant parties this summer, with final versions expected in 2016. 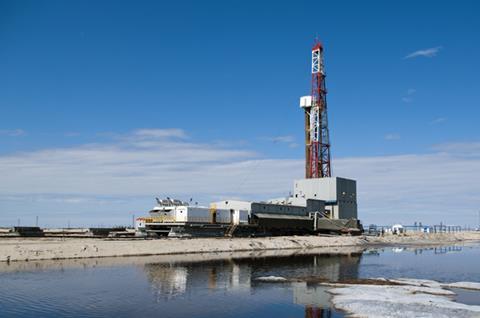 Methane emissions accounted for nearly 10% of US greenhouse gas emissions in 2012, of which nearly 30% came from production, transmission and distribution of oil and natural gas, according to the White House. Although data suggests that emissions from the oil and gas sector are down 16% since 1990, the Obama administration warned that such releases are projected to rise more than 25% by 2025 without pro-active reduction efforts.

Industry representatives criticised the plan, claiming that existing EPA regulations, updated in 2012, are sufficient to maintain reductions in emissions. ‘As oil and natural gas production has risen dramatically, methane emissions have fallen thanks to industry leadership and investment in new technologies,’ said Jack Gerard, the president and chief executive of the American Petroleum Institute. The impact has been most obvious in the case of releases from hydraulically fractured natural gas wells, which have fallen 73% since 2011.  ‘And even with that knowledge, the White House has singled out oil and natural gas for regulation.’

Republican leaders on the House of Representatives’ Energy and Commerce Committee echoed that call, saying: ‘This [decline in emissions] is something that should be celebrated, not bound by new red tape.’

Groups like the Natural Resources Defense Council argued that the EPA will have to curb methane pollution from all existing oil and gas operations across the US, not just those in some parts of the country, in order to meet the administration’s reduction goal.

A report released in November, commissioned by several environmental groups, concluded that the EPA could cut methane pollution by the oil and gas industry in half within a few years by issuing nationwide methane standards that require low-cost pollution controls and better maintenance practices for the sector’s top emitting sources.