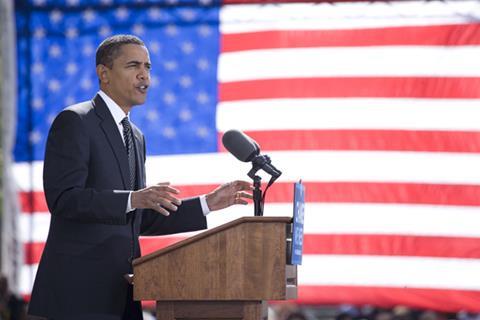 US science agencies have finally received their 2015 budgets, more than two months after the start of the fiscal year (FY), and the numbers drew a mixed response from science groups and the research lobby.

President Obama signed the omnibus appropriations package into law on 16 December, and in doing so avoided a US government shutdown. The budget deal reached in December froze domestic discretionary spending at last year’s levels, and the new funding package generally provides level funding for research agencies, and even small increases for some programmes.

The Association of American Universities (AAU) expressed support for the funding package and thanked congressional leadership for crafting it under very challenging budget constraints. ‘We appreciate your efforts to avoid cuts and provide modest increases to key scientific research and higher education programmes,’ said AAU’s president, Hunter Rawlings, in a letter to House and Senate leaders.

Under these final appropriations, the National Institutes of Health (NIH) receives $30.3 billion (£19.5 billion), which represents an increase of $150 million or 0.5% from FY2014 levels. In light of recent events in west Africa, the NIH’s National Institute of Allergy and Infectious Diseases received an extra $238 million for Ebola research and clinical trials, and it was directed to pursue an action plan that addresses antibiotic-resistant bacteria.

‘The president’s budget was fairly unambitious and the final appropriation fell shy of even that,’ stated Matt Hourihan, who directs the American Association for the Advancement of Science’s (AAAS) R&D budget and policy programme. In his analysis, Hourihan says the NIH will continue its ‘decade-long funding slide’, with this year’s research budget an estimated 12.7% below the FY2004 peak.

The omnibus package cites recent reports from the congressional Government Accountability Office that highlights that the NIH’s research allocation process tends to fail to take into account disease burden on the US public. Therefore, the omnibus agreement urges the NIH to invest in areas in which US lives may be improved. Some research advocates suggested that this language is reminiscent of efforts by the Republican leadership of the house science, space and technology committee to ensure that grants funded by the National Science Foundation (NSF) are in the national interest.

The NSF received $7.3 billion for FY2015, a 2.4% increase. The agency’s research account, which represents the majority of its funding, will see a $125 million increase. The agency is in the same boat as most other civilian science agencies: its budget has largely rebounded from the across-the-board sequestration cuts in March 2013, but not entirely. AAAS’s Hourihan described the previous goal of doubling the NSF’s budget as ‘a fading target’.

Also under the 2015 omnibus, R&D at the Department of Energy will rise by more than 3% to about $11.7 billion, but funding for the agency’s Office of Science remains flat, with cuts slated for high-energy physics and biological and environmental research, according to the AAAS.

Research at the Environmental Protection Agency (EPA) also did not fare well. The agency saw its R&D budget cut by an estimated 4.3%, and Hourihan said this funding continues the EPA’s ‘slow budgetary decline’.

Mary Woolley, the president of Research!America, said that the FY2015 omnibus is ‘too little, too late’, but she acknowledged that it is preferable to either a shutdown or a year-long continuing resolution. Woolley expressed disappointment that Congress didn’t do better. ‘Members of Congress can allocate more funding to medical research and science and technology broadly,’ she said. ‘Congress can alter tax and other public policy to more robustly fuel innovation.’