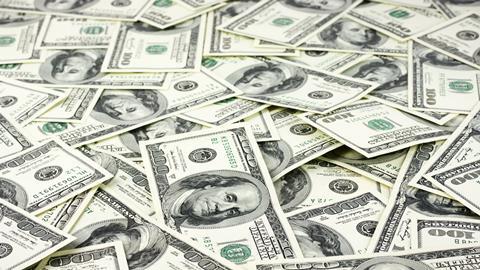 The US’s science agencies have done well in the budget for the remainder of the financial year, recently signed off on four-and-a half months late. The nation’s research base had faced significant cuts proposed by the Trump administration.

President Trump signed into law the final omnibus funding bill on 15 February, just in time to avoid another government shutdown. The previous day, both chambers of Congress had overwhelmingly approved the package to fund agencies for the rest of the financial year, which ends on 30 September. The science community celebrated a significant funding boost over the cuts put forward by Trump.

Overall, federal R&D spending reached $151.5 billion (£116 billion) in 2019, representing a 6% increase over the last year, according to analysis by the American Association for the Advancement of Science (AAAS). That compares very favourably to the 7% cut that would have occurred under the president’s original funding request. Support for basic research rose 5%, whereas it would have fallen 8% under Trump’s proposal, AAAS figures shows.

Among the winners are the National Science Foundation, which received a 4% boost, but was slated for a reduction of nearly 30% under Trump’s original proposal. While funding for the Environmental Protection Agency (EPA) remained flat, just like last year, a 24% cut had been sought by the White House. The EPA’s science and technology funding also remains level, while the administration had wanted to slash this this by 40%.

Nasa’s science directorate budget will rise 11% to nearly $7 billion, and the agency’s Earth Science directorate averted Trump’s requested cuts of more than 6%. The Wide Field Infrared Survey Telescope – a Nasa observatory designed to answer key questions about dark energy, exoplanets and infrared astrophysics – also received a reprieve from the administration’s bid to eliminate it. The telescope, which is tentatively scheduled to launch in the mid-2020s, will receive $312 million in funding.

The Chemical Safety Board (CSB), an independent agency charged with investigating serious industrial chemical accidents, will receive its first budget increase in years to $12 million – around a 10% increase. The Trump administration has repeatedly attempted to close it.

Policy experts underscore that Congress is responsible for the increase in science funding, noting that these increases were enabled by a bipartisan budget deal reached last year. ‘In many ways, there is credit to be given to the Congress – the appropriators – but the administration should understand … that this is no time to reduce federal funding for research,’ said AAAS chief executive Rush Holt at the organisation’s annual conference on 15 February in Washington DC.

Ben Corb, a spokesperson for the American Society for Biochemistry and Molecular Biology, adds: ‘I am not surprised that Congress rejected the president’s budget proposal for science agencies – most of us didn’t take it as a serious starting point,’ he tells Chemistry World. ‘We are glad that Congress, in its wisdom, sees the value of what the scientific community does.’

Now that this year’s budget is wrapped up, thoughts are already turning to next year’s. The White House usually issues the next year’s budget proposal in February, but Trump’s 2020 budget request is delayed and will be released next month. An initial budget blue print is expected on 4 March, with a more detailed interagency budget to be released the following week. Expectations in the science community are not high.

’I don’t expect that the president’s next budget proposal for science agencies will be all that great, and I anticipate that Congress will pretty much ignore it again,’ says Corb. He stresses the importance of getting another bipartisan budget deal in place, that way Congress can raise the spending caps again and allow room to increase funding for research programmes.