Republican advance in Congress, concerns about national debt could spell trouble for US science agencies

Current political and economic conditions in the US could mean bad news for the nation’s science agencies and the researchers. Republicans will assume control of the House of Representatives and pick up seats in the Senate when the new Congress convenes in January, and those poised to assume leadership have pledged to slash 2011 spending to pre-economic stimulus and pre-bailout levels of 2008.

The American Association for the Advancement of Science (AAAS) says such actions would cut federal R&D investment by more than $8 billion (?5 billion), or 5.5 per cent. Agencies like the National Science Foundation (NSF) and the Department of Energy’s (DOE) Office of Science would be among the hardest hit, with the NSF seeing R&D cut by more than 11 per cent from 2010, and the Office of Science seeing cuts of nearly 15 per cent, according to Patrick Clemins, director of AAAS’ R&D budget and policy programme. For NSF these reductions equate to over 1400 fewer new grant awards, he estimates.

The National Institutes of Health (NIH) and its grantees will also likely feel the sting. During a 6 November address before the American Society of Human Genetics, NIH director Francis Collins said the Republican plan could force the agency to fund only 10 per cent of the research proposals it receives, down from the current level of 20 per cent.

These projections are of concern to the American Chemical Society (ACS), especially when paired with the rhetoric on Capitol Hill and language in recent reports concerning the importance of dramatically reducing US debt.

ACS spokesman Glenn Ruskin notes that Republican leaders have indicated that the Department of Defense (DOD) and the Department of Homeland Security (DHS) will be spared cutbacks to 2008 levels. ’If the budget is increased for DOD and DHS, that will have to come at the expense of other agencies like NSF,’ he says.

Thousands of research proposals could be rejected as funds are cut

The scientific community will be lucky if funding for key agencies is held steady over the next several years, Ruskin says. He has largely abandoned the hope that they might stay on the budget-doubling trajectory set out in the America Competes Act.

The Republican proposals would have a ’chilling’ effect on US innovation, according to Ruskin. ’In addition to NSF not being able to fund 1400 researchers, the question is how much research is already being done that won’t be completed,’ he notes. ’We can’t be blind to the fact that we do have severe economic challenges, but we have to provide a compelling case that an investment in science is an investment in the future strength of our economy.’

One of the reports of particular concern to the ACS is coauthored by the National Academies. Released in January, this report by the Committee on the Fiscal Future of the United States recommends that funding be eliminated for agency programmes that have a low return on investment, including NSF educational and training programmes. It also proposes that research and development programmes in the  DHS’s science and technology directorate be reduced, including basic and applied research. 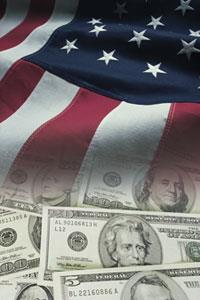 Funding bodies are preparing for an uncertain financial future

On 10 November President Obama’s Commission on Fiscal Responsibility and Reform released a draft proposal aimed at saving $4 trillion over the next decade by cutting federal spending and eliminating certain tax breaks.

The commission’s final recommendations are not due until early December, but the proposals suggest cutting DOD research, development, testing, and evaluation by 10 per cent, and eliminating new funding for DOE applied research on fossil fuels. The commission does single out a few areas as important investments, including education and ’high-value R&D’.

Meanwhile, President Obama has been reinforcing his support for investment in research, as well as science, technology, engineering and mathematics education. During a 3 November press conference - the day after Republicans won big in the mid-term election - the president stated that efforts to address the nation’s economic turmoil should not involve cuts to research and development, or to education efforts.

Nevertheless, Matthew Platz, who became the head of NSF’s chemistry division  in October, is apprehensive. ’I am concerned about the budget - concerned to the point where we are making a number of contingency plans so that we will be prepared to fund the best chemistry with the budgets that we have when we get them,’ he tells Chemistry World.

Although fiscal year 2011 technically began on 1 October, Congress has not yet approved appropriations. Agencies are therefore currently being financed under a so-called ’continuing resolution’ that maintains 2010 funding levels.

’We don’t know exactly how much money we are going to have in fiscal year 2011, so we are being conservative in our spending and considering several different budget year scenarios as a result,’ Platz says.