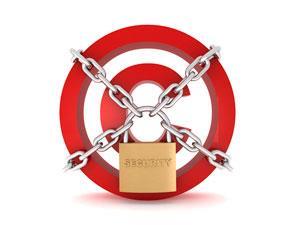 Legislation pending in the US Congress to address so-called patent trolling is crafted too broadly and would damage the flow of discoveries from academia to the private sector, 144 American universities are warning. The bill is meant to tackle bad behaviour by firms that file patents but make no subsequent use of them and sue anyone considered to have infringed them.

In a letter to congressional leaders, the universities said that proposed legislation – including the Innovation Act that aims to curb frivolous patent lawsuits – would block university technology transfer by making it more difficult and expensive for them to defend their patent rights. The Innovation Act, which overwhelmingly passed the House last Congress but stalled in the Senate in May 2014, was reintroduced in the House on 5 February.

The universities that signed the letter argue that much of the patent legislation under discussion in Congress goes well beyond what is required to address ‘the bad actions of a small number of patent holders’. They suggest that the resulting uncertainty and increased financial risk surrounding university patents would discourage potential licensees and venture capitalists from investing in university discoveries.

Barry Toiv of the Association of American Universities, which helped organise the letter, agrees that is important to address the issue of patent trolls. However, he says the legislation being considered is problematic because it sweeps in universities, as well as other legitimate patent holders like small businesses and start-ups.

‘Once you make it overly difficult for those kinds of entities to defend or assert their patent rights, which is a critical element of the system, you upset the balance in a way that makes university patents too risky,’ Toiv tells Chemistry World.

Of particular concern to universities is a provision in the Innovation Act that would require them to pay their own attorney’s fees, as well as those of the prevailing parties if they lose patent litigation. These fees could easily amount to millions of dollars, says Warren Woessner, a patent attorney and a founder of Schwegman Lundberg & Woessner in Minnesota, US.

He suggests that the development and commercialisation of things like pharmaceuticals, chemical synthesis and catalyst innovation would all be threatened equally.

If the patents on university discoveries can’t be adequately defended, then it would become a far less safe investment for a business or other investors to negotiate to purchase their exclusive rights. ‘We want a bill that targets the activities of patent trolls without bringing down the system at the same time,’ Toiv says.

But some, like Woessner, argue that it’s not this legislation that has most upset the university community, but rather a US Patent and Trademark Office’s (PTO) policy restricting the patenting of natural products. At least 80% of the technology licenced by universities are in the life sciences, like new drugs, diagnostics, purified versions of older drugs and cloning technologies, Woessner notes. ‘It is pretty much a mess right now,’ he tells Chemistry World. While it used to be easy to patent a simple diagnostic assay, he says the PTO has interpreted recent US supreme court rulings to mean that the natural correlation of a marker with a disease is a natural phenomenon that shouldn’t be patentable. ‘If there is nothing left to patent except brand new drugs, made by chemical synthesis, that is a big loss to universities,’ Woessner warns.

But others emphasise that products of human ingenuity derived from natural sources are patentable, provided that the inventor has sufficiently transformed the original natural product. ‘In general, even if the product of nature itself is not patentable, you can still patent a new use of the compound or its particular method of extraction,’ explains Dennis Crouch, a patent law specialist at the University of Missouri School of Law, US.