Proposals to quantitatively rank the effectiveness of university faculty members or the impact of their work are universally controversial. As the debate continues in the UK surrounding proposals to assess the ’economic and social impact’ of research, a major research university in the US finds itself at the centre of a similar storm. 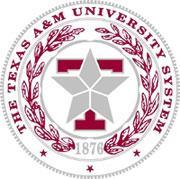 The Texas A&M University (Tamu) System - a network of 11 universities, seven state agencies and a health science centre - is reviewing data contained in  a controversial report that it generated earlier this month, after a barrage of internal and public criticism.

The document, recently released in response to a public information request, reportedly includes details about how much money each faculty member brought in during the last academic year through teaching and external research grants. It is understood that the proposed plan would subtract each professor’s salary from the funds they generated through teaching and research awards.

However, the report has now been taken offline because it contains incomplete or inaccurate data. When fully refined, information in the report will be used to help the university administration make ’assessments about efficiency and effectiveness at the university level,’ Tamu spokesperson Jason Cook tells Chemistry World.

The goal is not to grade faculty, says the organisation, but to provide the best analytical evaluation tools possible to ensure that the university provides the highest quality education possible.

Despite attempts to quell concerns across Tamu System campuses, faculty members are by-and-large disillusioned and some believe that the report is part of the broader agenda of a group called the Texas Public Policy Foundation. The non-profit organisation has urged business leaders to push universities to provide empirical proof of the value of research projects, and has suggested that resources diverted to unproductive research could be used to make higher education more affordable.

Discussions among Tamu System graduate faculty, including some in the chemistry department, have accused the school’s board of trustees of devaluing and discouraging activities like research work with graduate or postdoctoral students, and scholarly activities.