The US government and Congress need to take actions to ensure that researchers are less vulnerable to the volatile and increasing liquid helium prices that they have faced in recent years, as well as helium supply interruptions, according to a new report issued by the American Chemical Society (ACS) and two other scientific associations earlier this month. 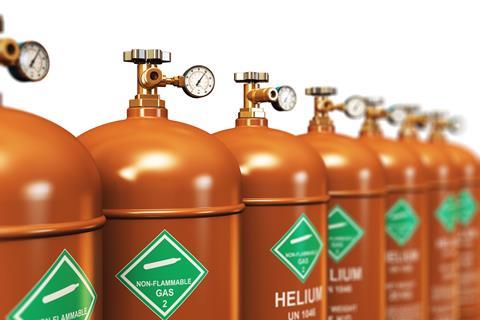 The price of liquid hellium has jumped in recent years

‘Liquid helium has been the lifeblood of tens of thousands of America’s researchers and scientists. But we now face a liquid helium supply crisis that – if we do not take appropriate steps – would put American innovation at risk,’ warns the report, which is co-written by the Materials Research Society and the American Physical Society.

The societies note that liquid helium is enabling new innovations in nanoscience that allow the synthesis of tailored materials, for example, where electrical, magnetic, mechanical and other properties can be controlled almost atom-by- atom. They argue that helium is also facilitating discoveries related to new materials like graphene and topological insulators.

However, the price for crude helium has increased by 60% since October 2009, and some scientists have experienced price surges of over 250% during the last five years. This trend, the report says, has forced some researchers to forgo hiring graduate students and skip their summer salaries in order to pay for helium, and others have completely abandoned areas of research that require liquid helium.

The Federal Helium Reserve, which the US government established in 1960 to serve as a strategic repository of helium, is a key component in the current helium supply chain. The federal government used taxpayer dollars to provide an incentive for private oil and natural gas producers to build up the Reserve’s helium supply until 1973, when it became apparent that the amount of helium being put into the Reserve was far outpacing the federal demand.

In order to transition to a full private market for helium, recent congressional action requires that the government sell off the vast majority of the Reserve during the next several years and cease its operations by autumn 2021.

The report recommends steps that could ensure helium is conserved, and ensure federally funded researchers have long-term access to a stable, reasonably-priced supply. For example, its authors urge the White House to develop guidance for federal agencies which use or support the use of helium, to establish plans to conserve helium without compromising their mission or the vitality of their R&D programmes.

Among other things, the report also proposes that Congress mandate that a portion of the monies raised through the sales of crude helium from the Reserve be used to help finance capital investment in equipment that can reduce academic researchers’ helium consumption.

To complement their report, the three societies have launched a website to enable researchers from around the world to identify partners to help them transition to new technologies that can reduce their helium usage. The website also helps them calculate whether investing in helium conservation equipment is economically sensible, based on their helium expenditures.