US President Obama’s panel of science advisers has recommended a tripling of the country’s federal investment in energy-related research and technology to $16 billion (?10.2 billion) annually.

Of the boosted funds, $12 billion would be earmarked for research and development activities, and $4 billion for large scale demonstrations and deployment.

The report by the President’s Council of Advisors on Science and Technology (PCAST), released on 29 November, found US support for energy-related R&D to be considerably below many other industrialised countries as a fraction of gross domestic product (GDP). 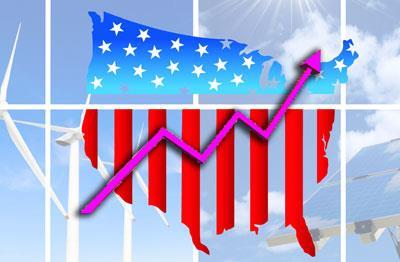 With the budget under pressure, PCAST urges Obama to engage the private sector and Congress in order to generate about $10 billion of the additional annual funds. For the near-term, the council suggests that these funds could come from small charges on energy production, delivery, and use, while longer-term they could come from carbon dioxide emissions pricing.

’Energy is important because the economy is important, the environment is important, national security is important - and energy is intimately intertwined with all three,’ John Holdren, director of the White House Office of Science and Technology Policy, said at a press conference releasing the report.

Just 0.14 per cent of the US federal budget is currently being spent on energy R&D - $5.1 billion out of $3.6 trillion. But Department of Energy Secretary Steven Chu  called the overall trend ’more alarming,’ noting that the figure peaked in 1979 at roughly $8 trillion and has been ’going downhill every since’.

Although Chu said the 2009 economic stimulus package provided a ’huge downpayment’ for new energy R&D, he expressed concern that the decline could resume after the stimulus funds expire in 2011. ’The question is, post-stimulus, are we going to return to this downward trend, or are we going to do something about it,’ he asked.