Voluntary controls on antibiotics on US farms criticised 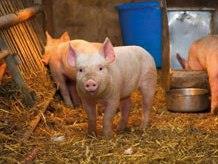 The US Food and Drug Administration (FDA) has announced new guidelines to curb the use of antibiotics in livestock. But its decision to opt for purely voluntary measures has drawn criticism from many experts.

In introducing the guidelines, the agency said it was acting to promote the ‘judicious use’ of medically important antibiotics in food producing animals to reduce antimicrobial resistance. Under the voluntary initiative, certain antibiotics should not be used to enhance growth or improve feed efficiency and antibiotic use should include veterinary oversight.

Keeve Nachman, a food, health and environment researcher at the Johns Hopkins Bloomberg School of Public Health in the US, says he has little confidence that the FDA’s approach would have any effect on antibiotic use in farming. ‘For one, guidances are non-enforceable,’ he says. ‘Still worse, if the guidances are followed to the letter, the pharmaceutical industry will recast the rationale for use of these drugs from growth promotion and feed conversion to disease prevention.’

A recent research paper, co-authored by Nachman, identified the presence of fluoroquinolone antibiotics in poultry feather meal,1 despite a 2005 FDA ban. ‘If this is the case, it is hard to imagine that non-enforceable guidance will have much of an impact on antibiotic use,’ Nachman says.

‘Even if the food animal industry complies, however, the misuse of antibiotics will continue because the guidance documents endorse the use of antibiotics for disease prevention,’ says Robert Lawrence, also at Johns Hopkins. ‘Like growth promotion, this means feeding small quantities of antibiotics to food animals throughout their lives, a practice that has been shown time and again to select for antibiotic resistance.’

The steps do not address the use of antibiotics to compensate for the effects of overcrowded and unsanitary conditions, says Laura Rogers, who directs the Pew Charitable Trusts’ campaign on human health and industrial farming. ‘Many antibiotics are FDA-approved at the same dosage levels for both growth promotion and disease prevention, so in practice they are identical.’ Also, the FDA has ‘not laid out a clear outline of how it intends to monitor the result of the voluntary guidances’, Rogers noted. ‘It must do so.’

However, Rogers has some sympathy with the FDA move, especially given the political and legal hurdles it faces. She says that its removal of a single Bayer product from chicken production in 2000 - the antibiotic enrofloxacin - cost the agency five years and millions in litigation costs. ‘These guidances may allow FDA to circumvent the cumbersome process, especially with the drug industry’s buy-in, which it appears to have,’ she notes, before adding that if the measure do not bring down antibiotic use, the FDA will have to take additional steps.