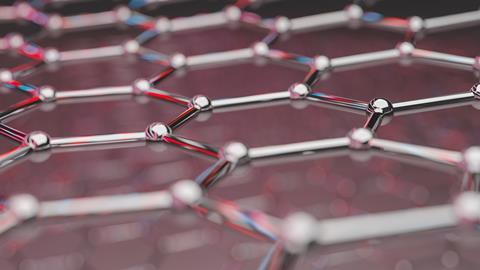 Waxing approach to making graphene is a ripping success

Graphene consists of a one-atom-thick layer of carbon and, in its perfect crystalline form, it is the strongest and most conductive material in the world. At the moment, the most common way to produce graphene on a large scale is to manufacture it as a dispersion in solution – but defects in the structure are almost unavoidable using this method, which reduce the strength of the material and hamper its conductivity. The resulting graphene also tends to aggregate easily, and needs to be carefully separated.

Taking inspiration from cosmetic hair waxing, Paolo Samorì and his team at the University of Strasbourg, France, have pulled off a new way to make large amounts of high-quality graphene that completely outstrips previous methods. All they needed was a generous helping of Persian wax and a three-roll mill.

‘We chose Persian wax because it’s simple to prepare, cheap, non-toxic and easy to remove afterwards,’ Samorì comments. Persian wax is a thick, sticky substance usually prepared by mixing sugar with water and lemon juice. It can be applied to the skin without melting, left to dry, then quickly ripped off to remove hair. ‘The three-roll mill is a machine with three rolls rotating in opposite directions at different speeds. It’s typically used in pharmaceutics to make toothpaste and lipstick, and also to process plastics and rubber. The Persian wax makes the rolls sticky,’ he explains. When graphite foil is fed through, the sticky rolls rip off smooth, uniform, single-atom-thick flakes of graphene.

Persian wax spread on a three-roll mill renders it adhesive. This sticky surface can exfoliate graphene from a piece of graphite foil fed through the mill

Their approach is based on the Scotch tape method, which is widely known as the simplest way to make high-quality graphene. Usually done on a small-scale in a lab, this method can even be done at home – simply take a chunk of graphite and a piece of sticky tape, and repeatedly peel the tape off the surface. This results in progressively thinner layers, eventually leading to a single, uniform layer of carbon.

‘The only difference is that our technique could allow the mass production of graphene. The Scotch tape method is very time consuming, and you only get a limited amount of material. It’s simply not applicable at an industrial scale,’ Samorì says.

Rahul Nair, professor of materials physics at the National Graphene Institute in Manchester, UK, sees potential in the Persian wax approach. ‘I’m amazed to see scientists get inspiration from body hair waxing to produce high-quality graphene,’ he says. ‘It was known that mechanically exfoliating graphite with Scotch tape makes the highest quality of graphene, but it was always thought that this wasn’t scalable for large-scale graphene production. Samorí and his colleagues have changed this perception.’

Nair is excited to see such an environmentally friendly and scalable method of making high-quality graphene, but adds that more research is needed before graphene scientists can put the technique to use. Samorí also says they need to further optimise the process before it can be used in practice. ‘We need to find a way to get a custom machine to allow us to better control the different parameters, such as the speed and temperature of the rolls.’