The Wellcome Trust has announced it will withhold final grant payments from researchers who fail to make their findings freely available with immediate effect. When considering grant applications it will also discount non-open access publications as part of a researcher’s track record and will not fund any new grants or renewals to researchers in breach of the rule. 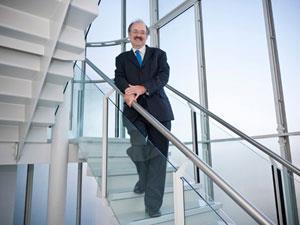 The Wellcome Trust operates an open access policy: all research papers it has funded in whole or in part have to be made available via the UK PubMed Central repository within six months of the date of publication. ‘Despite our open access policy having been in place for over five years, still almost half [45%] of these publications remain restricted behind subscription paywalls,’ says Mark Walport, director of the Wellcome Trust. ‘This is simply unacceptable.’

The new rules will apply to articles published from 1 October 2009 onwards. From early 2013, the trust will also require that papers it has paid an open access fee for be available for all types of re-use subject to appropriate acknowledgement.

‘This is about changing behaviour, getting the message across that open access is a requirement, not an option,’ explains Wellcome’s Robert Kiley. ‘If necessary, [we] will withhold 10% of the grant and the admin mechanisms to do this are in place.’

The main reason why only 55% of researchers comply with the trust’s rules is that the open access process can be less than straightforward, Kiley says. ‘Many hybrid publishers [operating subscriptions and open access] have not yet fully implemented a seamless work flow for both. We are working with publishers to streamline the process and make it easier for researchers.’

Given the funding clout of the trust, this is a game changer, says Martin Hall, chair of the UK Open Access Implementation Group and vice-chancellor of Salford University. ‘Wellcome has allowed a long – and generous – adaptation period for this policy and is now making good on its policy,’ he says. ‘Tightening up on this is very much in the public interest and in the interests of the research community.’

Hall believes the trust should have no difficulty in enforcing its policy. ‘Grantees will want to meet the trust’s requirements to ensure future funding. Publishers depend on leading researchers for the reputation of their journals; if they attempt to impose inappropriate copyright restraints or embargo periods, leading scientists will publish elsewhere.’

The trust’s move comes two weeks after the Finch report, which recommended that the UK should embrace open access publishing. ‘The announcement by the Wellcome Trust is the logical continuation of a movement long underway,’ Hall points out.