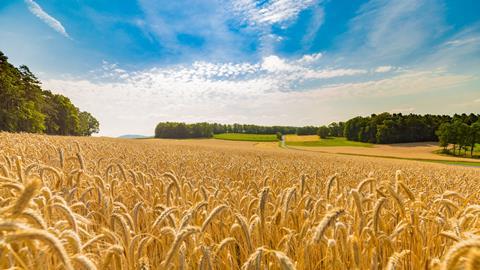 What the ECJ ruling means for gene editing

On 25 July the European Court of Justice ruled that organisms obtained by gene editing techniques, such as Crispr, are in principle subject to the same regulations as genetically modified organisms (GMOs). This was a surprise, given an opinion provided by its advocate general in January drew a clear line between mutagenesis, which changes an organism’s DNA, and transgenics, which introduces the DNA from another species.

So how does gene editing apply in agriculture, and what does the European Court of Justice ruling mean?

What is Crispr and why is it useful in agriculture?

Crispr (clustered regularly interspaced short palindromic repeats) is a very precise tool to edit DNA using an enzyme known as Crispr Cas9: it allows genetic pieces to be chopped out or added in exactly where you want. Crispr has spread like wild fire in the last five years, both in academia and commercially, because it is more efficient and flexible than older DNA editing tools. Plant breeders are excited about its potential to improve plant traits such as resistance to pests, juiciness or higher yields. Many plant scientists see Crispr gene editing as revolutionary, effectively pressing the fast-forward button on crop improvements, and allowing for varieties that could grow in saline or drought conditions. Others warn that gene editing is over-hyped – we can only edit what we know and obvious targets are limited right now.

What is the current European Court of Justice ruling about?

The court has been asked to clarify the scope of GMO regulations and whether they apply to gene editing. In a surprise move, it has ruled that they do – although techniques that have been used for a long time and have a proven safety record are exempt from the new rules.

What are the EU regulations around GMOs?

Dating from 2001, the rules cover situations where crops are altered in ways that do not occur naturally: for example, when a bacterial gene is introduced into a crop plant for producing an insecticide. Public concern about ‘Franken-foods’ and opposition by some vociferous environmental groups, drove widespread opposition to GMOs, often based on fear rather than science.

In 2010, the European Commission concluded that GMOs were not more risky than conventionally bred crops. However, even when crops pass strict regulatory criteria, EU countries can ban them. This approach has frustrated plant geneticists and crop breeders; currently the only commercial GM crop grown at a large scale in Europe is a BT insecticide maize grown in Spain.

Why would Crispr-edited plants be separate from GMOs?

Crispr can edit DNA in a way similar to certain conventional breeding strategies that rely on mutations caused by chemicals or radiation. These plants are then tested for desirable traits, such as higher yields. In this light, gene editing achieves the same outcome – mutated plants – as techniques applied for decades. However, gene editing is an extremely powerful tool. It is possible to edit in the DNA of another species to a crop or replace a gene, effectively creating a GMO-like organism. A case-by-case assessment seems a sensible approach.

Has the US made a decision about gene editing for plants?

In March, the United States Department of Agriculture (USDA) announced that it has no plans to regulate genome editing when used to produce new plant varieties that are indistinguishable from those bred through traditional breeding methods.

Yes. In 2016, Cripr was used to grow a white button mushroom to resist browning by researchers at Penn State University, US. It got a green light from the USDA. The same year, DuPont announced plans to market a new type of waxy hybrid corn developed using Crispr.

In the UK, Rothamsted Research began a field trial this summer with camelina that had a gene removed using Crispr to alter the mix of its oils. UK regulators viewed the plants as genetically indistinguishable from those generated by traditional mutagenesis. Undisclosed research is likely happening in industry, though the fuzziness regards the ownership of patents around Crispr-Cas9 may be stymying the commercialisation of such products.

How will Crispr-based gene editing be regulated?

The US takes a liberal approach to gene editing and there are hundreds of mutagenized crops available. It now appears the EU is unlikely to follow suit. The introduction of new genes or DNA sequence into an organism is also likely to be a thorny issue for regulators, and it remains to be seen how these will be viewed.

What are the objections to gene editing in crops?

Environmental campaigners raise similar concerns to gene edited crops as for GMOs. They view gene editing as another form of genetic modification and argue that precision should not be confused with predictability. The Crispr gene editor could hit the wrong DNA targets and cause unpredictable changes, compromising the crop’s health and environmental safety. In a statement, a number of NGOs argued for GMO regulations being fully applied to gene edited crops, and that it is the process, not the organism generated, that determines whether something is a GMO.

Will regulation be difficult?

There is a major challenge here for regulators if faced with unscrupulous breeders. Crispr gene editing may leave no footprint in an organism’s DNA, so it will be difficult to spot-check crops. However, it should be technically feasible to discern when DNA of another species is used as a template to edit a crop. Nonetheless, these effects are less concerning than for human Crispr-based medicines.