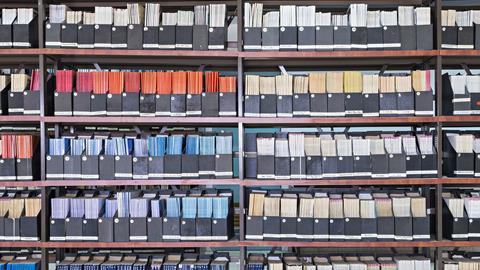 German academic institutions have reached a ‘ground breaking’ nationwide deal to allow their researchers to make their work freely available around the world in journals published by Wiley – at no extra cost. For an agreed annual fee they’ll also have access to all Wiley’s content back to 1997.

Nearly three years ago, Project Deal – which represents 700 universities, libraries and research institutions – decided to take on the major scientific publishers in an attempt to secure a new type of contract they called ‘publish and read’. Talks reached a stalemate with the largest publisher, Elsevier, last June, while negotiations with Springer Nature are still going on. Horst Hippler, chief negotiator for Project Deal, is now ‘convinced the others will follow’.

Robert-Jan Smits, the European commission’s special envoy on open access, tells Chemistry World ‘that the big publishers are beginning to realise that the time has come that they should no longer be the ringmaster of science, but its servant’.

Terms agreed between publishers and academic institutions are usually shrouded in secrecy, making it impossible for negotiators to know if they’re getting a good deal or not. But the precise details of the contract with Wiley will be revealed next month, and Hippler says that it will not cost more than institutions had previously been paying in subscriptions. The fee will be based on the number of papers German scientists publish in Wiley’s journals – around 10,000 annually in recent years. ‘I can imagine the other countries will say if this exists then we want the same thing,’ he adds.

‘I hope this is one step towards a more usual agreement with the large publishers, not for open access for its own sake, but for a good deal – we don’t want to pay more,’ says Lidia Borrell-Damián, director of research and innovation at the European Universities Association (EUA). An EUA survey of subscriptions costs, to be published later this month, will show that 30 countries across Europe are paying around €1 billion (£883 million) annually, to the five largest publishers and prices are going up 3–3.5% each year.

Wiley and Project Deal will now be working together to launch a new flagship open access interdisciplinary journal, to reflect the changing nature of research, and also hold an annual symposium for early career German researchers on the future of scientific communication. ‘If you want to do this you have to talk to the clients – the researchers, especially the young researchers – and ask what is important to them,’ suggests Hippler.

Wiley acknowledged that the writing is on the wall. ‘With the changes going on in the market you basically have two choices,’ says Judy Verses, Wiley’s executive vice president. ‘You can decide that you are going to get in the front seat and drive … or you can be in the back seat and maybe not be comfortable with where it’s taking you.’