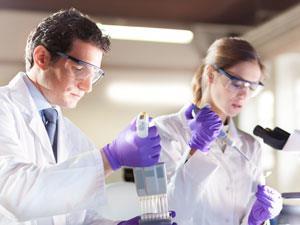 The bias faced by women pursuing academic careers in science and engineering may be a thing of the past – at least at one point on the career ladder. Researchers in the US said they were shocked to find that, in a series of experiments designed to simulate the hiring process, women were twice as likely as men to be ranked first for a tenure track job.

Cornell University psychologists Wendy Williams and Stephen Ceci conducted five experiments in which a total of 873 tenure track faculty members from universities across the US were asked to evaluate hypothetical male and female applicants for assistant professorships in biology, engineering, economics and psychology. The ‘applicants’ had identical and excellent academic credentials. However, the researchers varied aspects of marital and parental status, as well as the language used by the hypothetical search committee to describe the job seekers, so that more traditionally female or male characteristics were ascribed to different candidates.

Others working in the field have described the findings as ‘fascinating’ and ‘important’. ‘Even if we’re surprised by the results – as the authors were – we have to take them seriously,’ says Curt Rice who leads Norway’s committee on gender balance and diversity in research. But he disputes the authors’ assertions that they have truly simulated the hiring process, because the decisions were made alone, rather than by committee. Decisions were also made by tenure track staff who would be younger than academics making actual hiring decisions. But if they’re favouring women, Rice says, ‘then there’s hope for the future’. He wonders whether the views of older faculty members would prevail in a real hiring situation.

However, Williams says she has reason to believe the results would have turned out the same in real life. She also reviewed eight studies of actual academic recruitment and found that, without exception, women were hired at a disproportionately higher rate than their male competitors.

To be hired, women must first apply and the authors question whether ‘omniprescent and discouraging’ messages about sexism in academic appointments makes them reluctant to do so. A UK survey conducted in conjunction with the Royal Society of Chemistry seems to bear this out. In contrast to men, female postdocs who didn’t pursue an academic career reported that they’d had negative advice about the challenges they’d face in relation to their gender and the fierce competition for permanent posts. On the contrary, says Williams, now is a good time for women to be launching careers in science, and claims that ‘much of women’s underrepresentation in science can be traced to adolescence or before’.