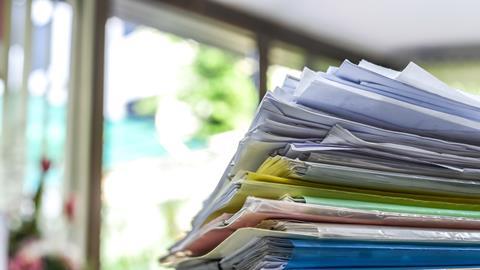 A junior researcher who gets their name on a paper with a top scientist receives a competitive advantage that lasts throughout their entire career, and gives them a better chance of becoming a highly cited scientist themselves. But it’s young academics at less prestigious institutions who have the most to gain from top co-authors.

The study by researchers at University College London looked at a pool of over 22,000 scientists from chemistry, physics, cell biology and neuroscience whose careers began between 1980 and 1998, have lasted 20 years or more, have at least 10 publications and who’ve published at least once every five years. In this pool of senior scientists, the probability of one being amongst the top 5% of cited authors in their discipline was almost one in four. 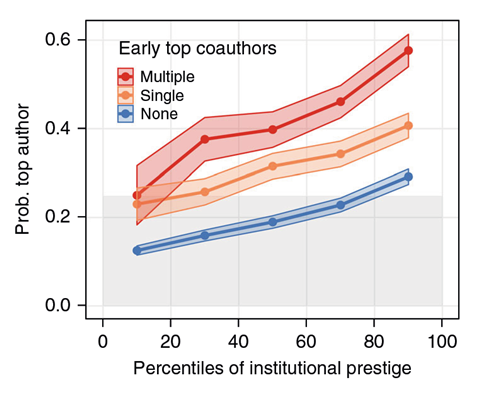 Looking at potential confounding factors such as the prestige of a junior researcher’s institution, as judged by Nature Index and rankings produced by Leiden University, suggests that unless a young researcher was already in an institution in the top 20%, co-authoring a paper with a top researcher had a significant impact on the likelihood of them becoming a top scientist. The effect was stronger if there were multiple co-authors. The study defined a junior researcher as being in the first three years of academic activity.

Taking only the top 10% of early career researchers by institutional prestige, productivity or number of citations – as well as combinations of those categories – they found that even for those top scientists, having a highly ranked co-author still had an impact. But a co-author’s impact was greatest for scientists who were not in the top 10% of any category. Having a top co-author increased the probability of them ultimately becoming a top scientist from 16% to 27%.

To try to look at the influence at the level of an individual scientist, the UCL researchers used matched pairing to identify scientists in each discipline with similar career profiles. The only difference between each pair was that one had a top-rated co-author and the other did not. In all four disciplines those who had a top co-author had significantly more citations both at early and later stages of their careers, and subsequently had more opportunities to co-author with top scientists.

One of the report’s authors, Giacomo Livan, a senior research fellow in the computer science department at UCL, says he was not surprised to find that getting the opportunity to work with someone at the top of their field had an impact – through mentoring for example. However, he was surprised by ‘how clearly [the impact] was measurable and how consistent the findings were across disciplines’.

Jacek Wychowaniec, a postdoctoral research fellow in biomaterials design at University College Dublin says he can see that in his field, most top scientists all worked with the ‘father of bioengineering’ Robert Langer at the Massachusetts Institute of Technology. ‘Times have moved on: you have a competitive advantage, but there are other factors – including productivity – and ultimately all these things correlate.’ But as in other walks of life, social networks are key. ‘If you know all your colleagues in the field, and they have a good impression of you, then you have a competitive advantage, because ultimately some of them will be your reviewers for grants and papers.’

Livan suggests that any schemes to foster collaboration and mobility of young researchers, including summer schools, would be valuable in developing those critical relationships.