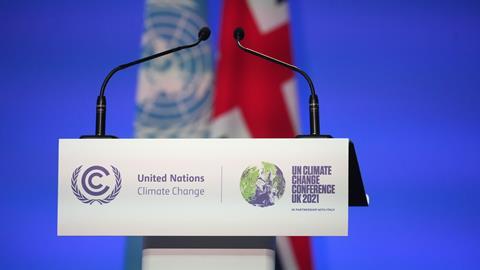 Senior science advisers and presidents of national science academies in more than 20 countries have signed a statement to world government leaders reiterating the existing scientific consensus and the need for immediate action to address climate change. The signatories call on world leaders to develop ‘ambitious’ long-term strategies based on sound scientific evidence that can keep the goal of the Paris agreement of limiting global warming to 1.5°C within reach.

‘There is no doubt human activity has warmed the ocean, atmosphere and land and the world is now 1.09°C warmer than it was in the early industrial era,’ reads the letter, whose signatories include the UK government’s scientific adviser Patrick Vallance, White House Office of Science and Technology Policy’s director Eric Lander and Krishnaswamy VijayRaghavan, India’s principal scientific adviser. ‘Climate modelling indicates that with every fractional increase in warming, these effects will get worse with all countries vulnerable.’

The science advisers warn that there is an ‘urgent need’ for enhanced methods of creating, storing and using low-emissions energy – including improving semiconductors, batteries and low-emissions fuel – as well as work on heating and cooling, and carbon capture and storage. Further, they suggest that more efficient, innovative and environmentally-friendly strategies for agriculture, industry and transport are also required.

‘Further work is necessary to enhance our understanding of the interactions between biodiversity, ecosystems and climate change, to protect the natural world from further biodiversity loss and maximise its ability to store carbon,’ the statement concludes.