Zinc ruled out as biomarker for Alzheimer’s disease 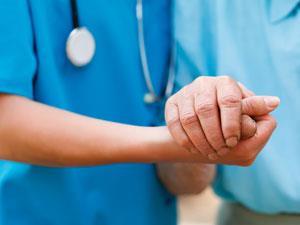 The role of zinc in Alzheimer’s disease (AD) is a much debated topic and the potential of zinc as an AD biomarker has come under scrutiny in recent years. Now scientists in Australia have added to evidence that no change in serum zinc concentration is seen in AD, and that decreasing zinc levels are instead a sign of ageing.

AD, the most common form of dementia, affects millions of people worldwide, and with limited treatments available, much effort is being devoted towards new therapies and early diagnosis. The identification of AD biomarkers in the blood is an attractive goal for researchers developing new diagnostic tools, and given its potential implications in the disease, zinc appeared to be a good candidate. However, conflicting studies appear in the literature, with significant increases, decreases, as well as no significant changes, all being reported.

Blaine Roberts, from the Florey Institute of Neuroscience and Mental Health at the University of Melbourne, and co-workers used the Australian Imaging, Biomarker and Lifestyle Flagship Study of Ageing (AIBL) to examine the zinc levels of more than 1000 subjects over the age of 65 to determine if zinc levels in the blood could provide clinically useful information about a person’s risk of developing AD. Using an ICP-MS assay, a small but significant decrease was found in serum zinc with age; however no difference was found between males and female, and there was no difference between subjects with and without AD. Further investigation of a subset of the AIBL study using size-exclusion ICP-MS showed no significant difference in the level of zinc bound to proteins in the plasma in AD samples compared with healthy controls.

Nigel Hooper, an AD researcher from the University of Leeds, UK, says the strength of the study is its size, describing it as ‘one of the largest cohorts used in a serum metal analysis,’ giving it greater statistical power in comparison with previous studies. As a result, Roberts is confident that researchers are now ‘reaching a consensus that zinc in the blood will not be a viable biomarker of Alzheimer's disease.’

The role of zinc in AD is, however, far from being settled. Hooper says that ‘these data do not rule out a role for altered zinc in the brain being involved in the disease process but emphatically show that any such changes are not reflected in the serum. Future studies will need to apply sensitive analysis techniques to brain tissue, preferably with similar large cohort sizes.’ Indeed, the focus of Roberts’ work is now shifting to the brain to look at changes in the abundance of key zinc-containing enzymes in post mortem brains of AD patients.